Unstoppable: The Road to Women's Rights

In celebration of the 100th anniversary of the ratification of the 19th Amendment, Alabama Public Television presents Unstoppable: The Road to Women’s Rights. This program focuses on the women’s suffrage movement, the struggle for women’s equality, and the role of women in politics today. Unstoppable brings the history of the women’s suffrage movement and its impact on resulting legislation to the classroom. Chart the path from the hundreds of women that tried casting votes before it was legal to the present, where more than one hundred women make up the most diverse Congress ever elected.

The issue guide is designed for classroom deliberation on an era of Alabama history deserving more of our attention: the Women’s Suffrage Movement. Deliberation is a form of discussion where participants weigh the pros and cons of different approaches to solving complex problems. Participants work through various trade-offs and consequences of actions with respect and passion, and, over time, they develop skills required for living in a democratic society: critical thinking, communication, judgment, and empathy.

StoryMaps are tools for digital exploration. They focus on places while telling a story. As you use a StoryMap, you can travel from one end of the country to another (digitally of course), while viewing photographs and reading stories. StoryMaps are a great way to travel without leaving your front door!”

Docs that Teach from the National Archives Women’s Rights

National Archives: Rightfully Hers: American Women and the Vote

Women’s Suffrage Resources from the Library of Congress

Unstoppable: The Road to Women's Rights is made possible through the generous support of: 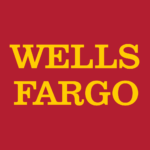