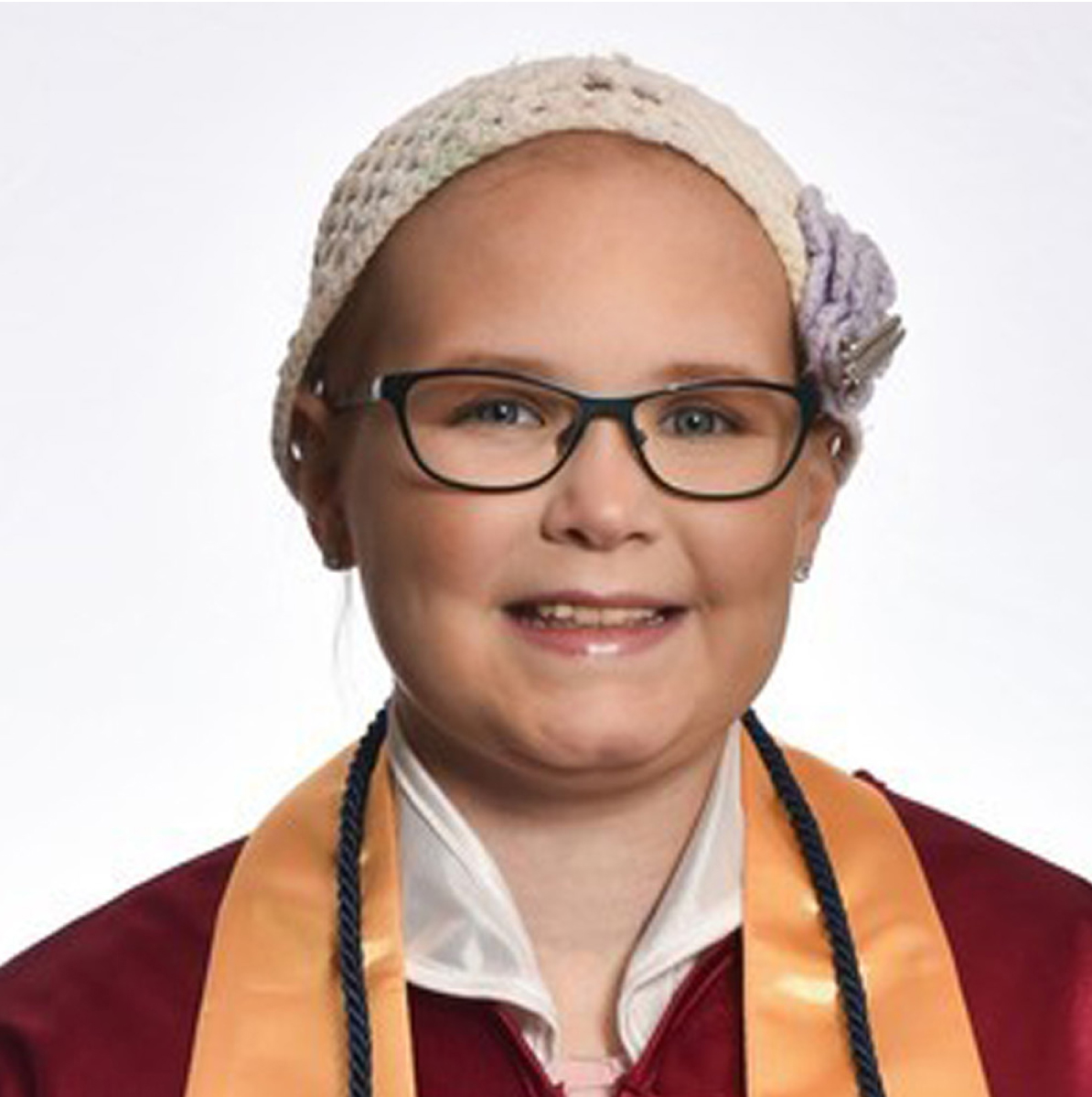 Mollie’s achievements have not come easy, though. She was diagnosed with a medulloblastoma when she was in the 5th Grade at Wilsonville Elementary. Her tumor was encased around her brainstem. Mollie’s nominator, her 5th Grade teacher Jane Smith, wrote, “I remember the night her mother called to tell me that the doctors were going to do surgery immediately. I spoke with Mollie. She told me she was scared — and that was the last time she ever expressed fear to me. From that point forward, Mollie worked harder than any person I have ever met to not only defeat cancer, but also to achieve her goals. She refused to let cancer stand in her way. While Mollie underwent surgeries, chemotherapy and radiation treatments, she continued to attend school as much as possible. When she was no longer able to attend school, she continued to work hard on her assignments. Together, we set goals for what she needed to master before heading to middle school. Years later, she told her mother and me that the surgeries and treatments had caused her to forget how to read. She quietly retaught herself because she did not want us to worry.”

Mollie continues to battle side-effects of the treatments and surgeries; however, she does not let that stop her from maintaining a noteworthy GPA so she can achieve her goal of going to the University of Alabama and becoming a pediatric nurse. In 2020, Molly learned of another spot on her brain – for which she recently and successfully underwent more surgery.

Mollie works diligently to give back to others. She is an active participant at Fourmile Baptist Church. She serves as a youth officer at the church. Mollie works at Red Cross Blood Drives, encouraging people to save a life by donating blood. She also volunteers with Magic Moments of Alabama, the only wish-granting organization devoted exclusively to children in Alabama with life-threatening medical conditions. Mollie dedicates herself to giving back to the many organizations that supported her in her own recovery.

Mollie is a fighter and an achiever. For her compassion, courage, dedication and perseverance, Mollie is recognized by her school and our state as one of the five 2021 Young Heroes of Alabama.