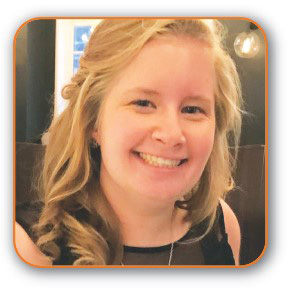 Mary, a senior at Hoover High School, was born with a neurological disorder
called hydrocephalus, which is also referred to as “fluid on the brain.”
She has spent much of her life in the hospital undergoing a total of
thirty-nine brain surgeries. The condition started in utero and
resulted in brain damage that affects her ability to learn in the
classroom. Mary makes up for her lack of academic knowledge with her gifts
of empathy and compassion.

Mary has devoted herself to advocacy for people with disabilities. She has
become a sought after speaker for local schools, universities, civic
groups, and advocacy groups throughout the state of Alabama. In 2018, Mary
co-emceed the United Abilities Journey of Hope at UAB’s Alys Stephens
Center. And she is already booked for many more speaking engagements in
2019.

In addition to public speaking, Mary hosts The Awesome Mary Show
on YouTube, which is produced by NCPHAD, the National Center for Physical
Health and Disabilities. Here is a link to two of her videos:

won first place in the APSE Journalism Contest, as well as a Silver Addy
Award.

In 2016, she received the Inspiration Award by UCP of Greater
Birmingham. In June of 2018, Mary received the Jeff Ridgeway Advocacy Award. This statewide honor recognizes
individuals who are making a difference in Alabama by being advocates for
people with disabilities. Mary was recognized with community service awards
every year she attended Hoover High School, which included completing more
than 300 community service hours in her senior year alone. She was also
awarded the Finley Character Award in the 6th, 10th
and 12th grades.

Mary’s achievements, awards, and community service accomplishments are far
too extensive to include in a summary biography. Suffice it to say, she is
a motivated and busy young lady who has her priorities in order.

During her freshman year of high school, she was “counseled” that college
would not be an option for her. Mary disagreed. She was recently accepted
into the ACCESS Program at Mississippi State University. She plans to
become a public speaker and to work in the field of advocacy when she
graduates.

For the application of her amazing talents and drive for the benefit of
all, Mary is recognized by her school and our state as one of the five 2019
Young Heroes of Alabama.