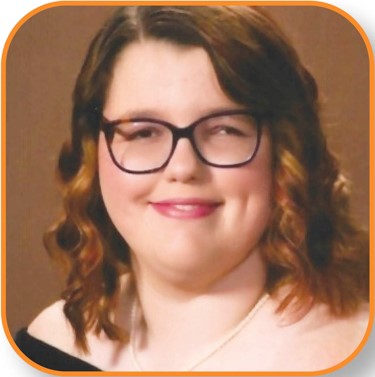 Alabama School for the Blind

“I survived.” And thus began Kaleigh Gable’s account of her life.

In the womb, Kaleigh’s life began as one of three triplets. The babies were born at 23 weeks. Kaleigh was the only one to survive, weighing only 1.6 ounces. “From the day I was born, I was fighting for my life. With each shallow breath and slow heartbeat, I fought,” Kaleigh recounted. Born prematurely, Kaleigh faced many health issues, including Retinopathy of Prematurity (ROP), which caused her to be blind at birth. With laser surgery, Kaleigh regained partial vision in her right eye.

“I had the luck of my only eye being saved in early infancy,” Kaleigh wrote, “But I still have major limitations. I cannot see at night or in bright sunlight without the aid of a cane, sunglasses, or a sighted guide.”

Kaleigh’s father abandoned the family shortly after her birth. The only surviving triplet, Kaleigh and her mother forged an unbreakable bond of love and loyalty. Life was not easy for the two of them, but with the loving support of her grandparents, Kaleigh and her mother struggled to make their way. Things got easier for the pair when Kaleigh’s mother met and eventually married the man who would become Kaleigh’s stepfather.

Kaleigh, who is now a senior at the Alabama School for the Blind, has adapted to her visual impairment, developing confidence and self-advocacy skills – which have, in turn, helped her successfully advocate for others. In 2018, she was recognized with the Governor’s Youth Leadership Award, which opened doors for her to attend the Alabama Girls State Conference in 2019. At Girls State, she shared her personal experiences with the group. She relayed what it was like to be visually impaired and performed the song “This Is Me” for the group in American Sign Language.

Kaleigh volunteers with her church in the areas of daycare, mission trips and vacation Bible school. She loves horses and assists with the Alabama Institute for the Deaf and Blind’s Horse Arena. Kaleigh plans to pursue degrees in English and Psychology, with the goal of becoming a civil rights attorney for Americans with Disabilities.

“I survived,” Kaleigh wrote – but she has already accomplished far more than just survival. Kaleigh excels and thrives as she inspires those around her to do the same. For her determined and generous heart, Kaleigh is recognized by her school and our state as one of the five 2020 Young Heroes of Alabama.