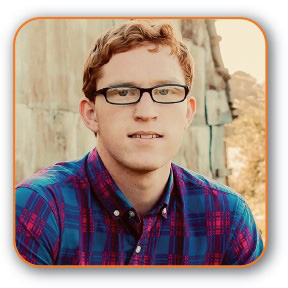 Justin is a senior at Winfield High School. He was nominated as a Young
Hero by social worker Mandy Mitchell, the executive director of the Free
Will Baptist Children’s Home.

“I have known Justin for almost eight years,” she wrote. “He was placed at
the children’s home at the age of five, along with two of his older
brothers. He came from a deplorable home situation.”

Justin wrote of his difficult early years with his birth family. In short,
he and his brothers dealt with abuse, drug addiction, and no financial
support from his birth family. Eventually, he and his brothers were placed
under the guardianship of his grandfather. Although he took legal
responsibility for the children, Justin’s grandfather could not physically
care for them, so he brought them to the Free Will Baptist Children’s Home.

Justin’s grandfather passed away when Justin was 15-years-old.
Subsequently, his older brothers grew up and left the children’s home. “As
a social worker,” Ms. Mitchell wrote, “I have seen many children in
Justin’s situation feel abandoned and struggle with anger, depression and
anxiety, often turning to the abuse of substances for comfort. Justin has
never dealt with such issues. He understands that he is better off at the
children’s home than he was with his birth parents.”

Justin maintains excellent grades. He is involved with SkillsUSA. SkillsUSA
is a career and technical student organization serving more than 395,000
high school, college and middle school students and professional members
enrolled in training programs in trade, technical and skilled occupations.
In both 2016 and 2017, Justin was recognized with the second-place award
during the ceremonies of SkillsUSA.

He is part of the leadership team for the Key Club and serves as the
recorder for his school’s chapter of the National Honor Society. With his
church, he has made mission trips to Chicago and St. Croix, Virgin Islands.
He also babysits the younger children, leads Bible study for the church
youth group, and assists with “children’s church.” And if all these
qualifications are not enough to earn Justin a place as an Alabama Young
Hero, he also smokes barbecue at the restaurant where he works.

Justin took stock of the mistakes he observed in his early years and set
himself on a different course. He is now on his way to becoming the first
person in his family to attend college. “Justin is one of the most polite,
helpful, caring and dependable young men you will ever meet,” Ms.
Mitchell’s nomination concluded. “He has a constant smile on his face.”

For his courage and extraordinary wisdom in the face of home and life
difficulties, Justin is recognized by his school and our state as one of
the five 2019 Young Heroes of Alabama.