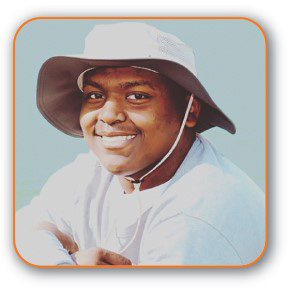 In her nomination of JaMichael Angel as a Young Hero, Wadley High School
counselor Kathryn McElvy wrote, “JaMichael has always stood out as a
student. He is a tremendous athlete. He especially excels in baseball,
gaining recognition at the varsity level since he was in middle school. In
the classroom, he works hard to maintain a good GPA; however, the quality
that sets JaMichael apart from others is his attitude. He is a leader in
every sense of the word. He carries his abilities into the community by
speaking to youth groups, he developed and directed a youth camp for his
church, and he tries to influence younger children by giving his time to be
a youth sports coach.”

During football season of 2017, JaMichael began experiencing problems with
his kidneys. He was diagnosed with kidney stones and urinary tract
infections, both of which are extremely painful. Still, JaMichael kept
playing through the pain.

Ms. McElvy continued, “On February 14, 2018, we received the news that no
one wants to hear. For four months, JaMichael had been misdiagnosed. The
doctors at Children’s of Alabama discovered that he had a free-floating
tumor in his bladder and was battling Rhabdomyosarcoma. Later tests
revealed the cancer was Stage 4.”

Sarcoma is a cancer of soft tissue (such as muscle), connective tissue
(such as tendon or cartilage), or bone. Rhabdomyosarcoma usually begins in
muscles that are attached to bones and that help the body move. Stage 4
meant that the cancer had spread from where it started to other body
organs. This young man who had spent the last few weeks breaking in his
glove for baseball season was now in the hospital for the foreseeable
future facing both chemotherapy and radiation treatments. “Everyone was
heartbroken,” Ms. McElvy wrote, “But JaMichael walked into that hospital
with the same determination that he carries into everything he does.”

The first email Ms. McElvy received from JaMichael’s teacher at Children’s
of Alabama relayed how he had already stolen the hearts of everyone at the
hospital. He was determined to beat the cancer. In fact, JaMichael is the
only patient that Children’s of Alabama has ever had with Rhabdomyosarcoma
who gained weight while undergoing treatment. His tumor began to shrink
ahead of schedule – and JaMichael was back on the baseball field in time
for his senior year.

Throughout football season, JaMichael attended games and encouraged his
teammates, refusing to stop being the leader that he is. Recently, he rang
the bell at Children’s of Alabama, marking an end to his radiation
treatments. Ms. McElvy added, “Soon, he will ring that bell again to show
that chemotherapy is over, and he has won his fight.”

For his determination, strength and displayed leadership, JaMichael is
recognized by his school and our state as one of the five 2019 Young Heroes
of Alabama.