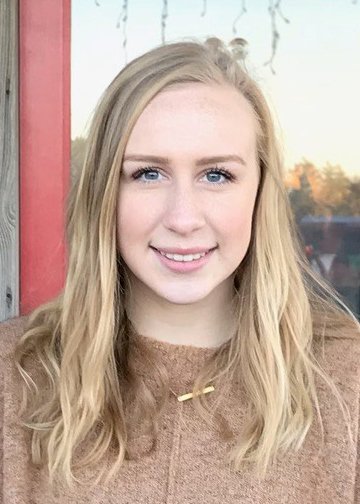 When Aidan was only 3 years old, she suffered a major seizure that left her unresponsive. She was airlifted to Huntsville Hospital, where she stayed for several days. “My parents left in such a hurry that they did not think to pack anything,” said Aidan in an interview for The Huntsville Times. “At the age of 12, I decided that I wanted to help parents who find themselves in the same situation.”

Aidan initiated The 13:13 Project, named for the Bible verse from 1 Corinthians 13:13: “And now these three remain: faith, hope and love. But the greatest of these is love.”

“In the beginning, I collected toiletry items to pack into bags called ‘anchor bags’ to donate to the Huntsville Hospital for Women and Children,” Aidan said, “The name ‘anchor bags’ comes from Hebrew 6:19: “We have this hope as an anchor for the soul, firm and secure.”

With the involvement of her church and the support of local businesses, The 13:13 Project grew. “Last year, I decided that I wanted to begin feeding parents who are at the hospital with a sick or injured child, but do not have the financial means to purchase meals. I began selling shirts with my project logo on them to raise money for meal vouchers.” So far, The 13:13 Project has donated more than $3,000 to the Huntsville Hospital Foundation, giving Aidan’s project major donor status.

On June 8, 2017, something happened that would underscore the purpose of The 13:13 Project. Aidan was among dozens of students from her church, Mt. Zion Baptist, heading to Africa on a youth ministry mission trip. The bus Aidan was riding in crashed and flipped near the Atlanta airport, killing one of her friends and injuring almost everyone on the bus, including Aidan. She suffered a broken arm, a severe concussion and a dislocated jaw. Again, her parents rushed to the hospital to be at her side, as did the parents of the other injured students.

Despite the heartbreak of losing a friend and the physical pain from her injuries, something positive came from the aftermath of the wreck. Regional attention was brought to The 13:13 Project, resulting in even greater growth. In fact, Aidan was honored as the Young Citizen of the Month by Community Awareness for Youth, an organization sponsored by Rocket City Broadcasting, the City of Huntsville and Huntsville Utilities, among other partners.

In her nomination of Aidan as a Young Hero of Alabama, math teacher Rebecca Phillips wrote, “Aidan Mills is my hero because of her unbounded enthusiasm for helping people. She saw a difficult situation and decided she could help, and she has grown her project into something that has impacted so many more people than she initially imagined.

In her times of personal crisis, Aidan looked beyond herself to the suffering around her—and set her mind to make a difference. For her sensitivity, her entrepreneurship and the demonstrated generosity of her spirit, Aidan is recognized by our state as one of the five 2018 Young Heroes of Alabama.