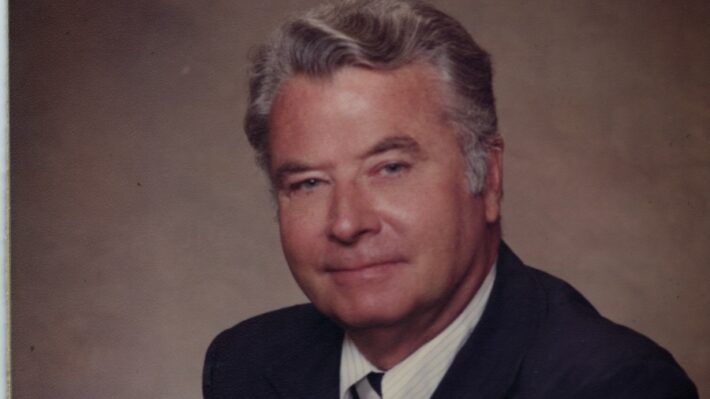 A new documentary explores the legacy of James D. Martin, who helped change Alabama politics and preserve wilderness areas for everyone to enjoy.

In the closing days of World War II, James (Jim) Martin was one of the first Americans to discover a Nazi concentration camp and observe the worst of what man can do to his fellow man.  The next day he served as a guide for Gen. Dwight Eisenhower and other top U.S. generals who wanted to see the camp.  These are some of the first details we learn about Martin’s life in a new documentary produced by Longleaf Studios at Jacksonville State University and premiering Monday, November 9 at 9:00pm on Alabama Public Television.

Forever Wild – The James D. Martin Story is a revealing portrait of Martin’s life, his work in politics, and his achievements as director of Alabama’s Department of Conservation and Natural Resources. In the early 1960s, Martin was one of the first Republicans to seriously challenge the lock on Alabama politics held by the Democratic Party, nearly defeating incumbent J. Lister Hill in the race for the U.S. Senate in 1962. Martin served one term in the U.S. House from 1965-1967. Although Martin was unsuccessful is several later campaigns for office, he continued to have an important impact on state politics. Later, at the Department of Conservation and Natural Resources, Martin pressed oil companies to pay fair royalties to the state for oil pumped from Alabama coastal waters, fought to preserve Alabama’s coastal boundaries, and founded Alabama’s Forever Wild program to preserve wild areas for everyone to enjoy. As longtime radio broadcaster J. Holland of Gadsden said, “What Jim did then is paying today, and will continue to pay far into the future.”

“This is an incredible opportunity for JSU to tell one of the many stories that have shaped the state of Alabama,” said J. Seth Johnson, department head and professor at JSU and director of Longleaf Studios. “The partnership with JSU's Longleaf Studios and Alabama Public Television to produce these documentaries provides our students with invaluable experience working on real-world projects with industry professionals.”