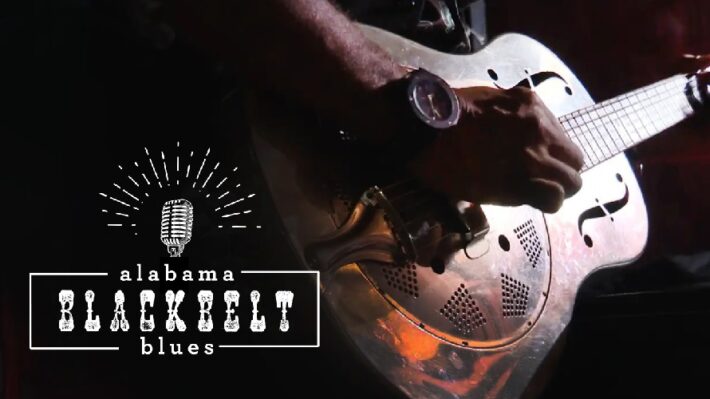 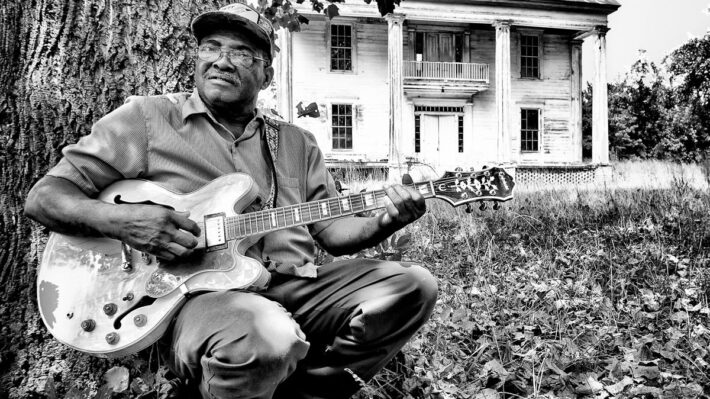 Single Photo: Clarence Davis in front of a plantation house in his home town of Union, Ala. The photograph is by Roger Stephenson.

ALABAMA BLACK BELT BLUES, a one-hour documentary produced by One State Films in partnership with Alabama Public Television (APT), will premiere on APT on Friday, October 23 at 8:30 p.m. and Sunday October 25, 2020 at 3:00 p.m.  The film, directed by Alabama filmmaker Robert Clem, is about the state’s African American blues tradition from the days of slavery through the 1930s and ‘40s, when John and Alan Lomax were able to record hundreds of songs for the Library of Congress with the aid of Sumter County folklorist Ruby Pickens Tartt, to the present day.

Alabama’s blues tradition, centered in its fertile Black Belt, is more rural than the well-known Mississippi Delta blues and, in some sense, closer to the original source. ALABAMA BLACK BELT BLUES uses slave narratives, archival blues recordings and the recorded music of contemporary African American blues musicians to explore the role this music has played in the region from slavery onward. From cotton fields to church pews to prison spaces to juke joints both rural and urban, the film follows the refrain of the region’s blues through the cultural landscapes of Alabama, yesterday and today.

Appearing in the film and discussing the state’s blues culture are Tina Naremore Jones, Ph.D, founding director of the Center for the Study of the Black Belt at the University of West Alabama, folklorist Kern Jackson, Ph.D, head of African American studies at the University of South Alabama, singer B.J. Reed of the Alabama Blues Project, Jock Webb, Clarence Davis. Little Lee, B,J. Miller, Roger Stephenson of the Magic City Blues Society and the late Willie King.  The film includes archival film of Black Belt Alabama from the 1920s into the early 2000s and still photographs that include a collection of photos taken in Alabama’s Black Belt in the 1950s by folklorist Fred Ramsey, some of which were included in his book Been Here and Gone but have never appeared in a documentary film until now.

Producer and director Robert Clem is a native of Birmingham, a graduate of Birmingham-Southern College and New York University film school and has been a fellow at the Sundance Institute. Clem has produced eight feature documentaries on Alabama, its history and its culture, including Big Jim Folsom: The Two Faces of Populism (1997), John Patterson: In the Wake of the Assassins (2007), Eugene Walter: Last of the Bohemians (2008), Malbis Plantation (2010)The Jefferson County Sound (2012), The Passion of Miss Augusta (2014) and The Two Worlds of William March (2017), all of which have been broadcast on APT. Clem’s most recent film, How They Got Over, documents the history of African American gospel quartet music, starting with Alabama Blind Boys and other native Alabamians who achieved quartet fame. The film has travelled to 26 countries and has been called “the definitive work” on gospel quartet music and its impact on rock and roll.