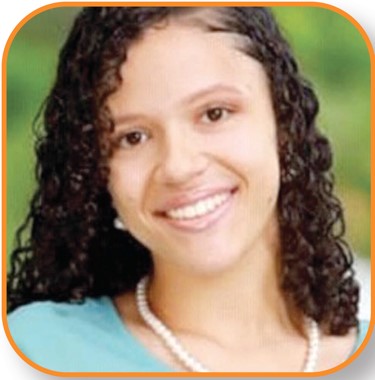 As a young child, Taylor described herself as “sickly.” She battled asthma and a weak immune system and was often hospitalized. Her single mother tried to care for Taylor, but she suffered from her own health issues, including severe and unpredictable seizures. When her mother was not well, Taylor had to pick up the slack and care for herself and her sister.

Taylor’s living situation was never stable. She, her mother and her sister had to move more than ten times before Taylor reached the 10th grade. When her mother got married, the children thought they had finally found a “forever home.” The new stepfather turned out to be toxic for the family, though. He became addicted to drugs and started physically abusing Taylor’s mother. When the stepfather threatened all three of their lives, the family fled from him. Less than one week after their escape, he brutally murdered a person and was sentenced to life in prison. Child Protective Services became involved, and Taylor and her sister were at risk of being put into foster care before family members took them in. After several months, Taylor’s mother was reunited with the girls.

The escape from domestic violence was not the only tragic situation involving Taylor. While on a spring break trip, Taylor’s best friend, Damarius Woodard, became extremely sick, and his heart stopped. Taylor had recently become CPR-certified at her school. She performed CPR on her lifeless friend for more than 15 minutes before an ambulance arrived. “He died later that night, and I blamed myself,” Taylor wrote.

With these traumas, Taylor became overwhelmed with post-traumatic stress disorder (PTSD), anxiety and depression. She was mature enough to do the right thing, though: She sought help. With proper medication and therapy, Taylor wrote, “I’m now thriving.”

Thriving indeed. Taylor is a member of the National Honor Society, and the Family, Career, and Community Leaders of America. She is captain of the school’s dance team and was named the 2nd runner-up in the Distinguished Young Women’s 2019 competition. She maintains excellent grades.

Among her many services to the school and community, Taylor spent the last two summers cleaning and painting her school. She volunteers with Special Olympics in two counties, working with special needs students as a mentor. As a volunteer, she traveled to the World Food Championships, where she served as personal assistant for professional chefs from around the world.

Courage is not the absence of fear; courage is doing what must be done despite the fear. Taylor certainly exemplifies this courage. For her service to family, school and community in extraordinarily difficult circumstances, Taylor is recognized by her school and our state as one of the five 2020 Young Heroes of Alabama.