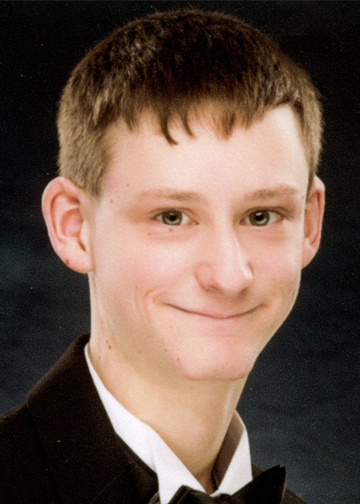 Since the age of 7, Andrew has maintained his goal to be an electrical engineer. Toward this goal, he works in the 12 for Life program. 12 for Life is a cooperative education program supported by Southwire Company. It helps students gain extra motivation to finish twelve years of school and to enjoy better lives. 2018 marks Andrew’s second year working with the program. He saves the money from his job in hopes of attending college.

In his community, Andrew has volunteered at the Kiwanis Pancake Day, the local Ups and Downs thrift store, and for his school’s supply drive. In his spare time, he enjoys making new projects, finding out what makes things work, and mastering how to make them himself.

With all these accomplishments under his belt, few know the struggles Andrew faces and overcomes daily. While still quite young, Andrew underwent many surgeries related to the functioning of his kidneys. Andrew also grapples with Tourette Syndrome (TS). TS is a neurological disorder characterized by repetitive, stereotyped, involuntary movements and vocalizations called tics.

Because of the condition, Andrew has become an advocate for people suffering from TS. Andrew and his mother are also caretakers for his grandmother. He is active with the Alpha Phi Alpha fraternity service organization and attends workshops every other Sunday.

In her nomination of Andrew as a Young Hero of Alabama, Florence high school counselor Caroline Jones wrote, “This young man might have given up long ago, but despite all the pitfalls, he keeps striving to do more and to be more. I can’t think of a more deserving young man for this honor than Andrew T. Walker. He is an inspiration to all who know and meet him.”

Faced with obstacles, some people give up; others dismantle the obstacles, figure them out, and reconfigure them for success. Andrew is obviously of the latter type. For his perseverance and ingenuity in the face of adversity, Andrew is recognized by his school and our state as one of the five 2018 Young Heroes of Alabama.