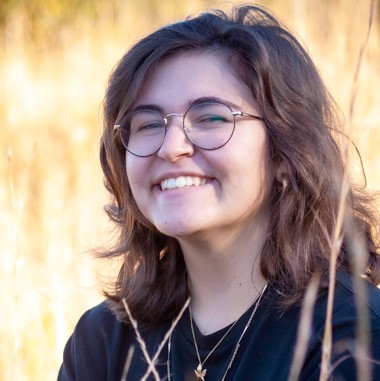 Adrianna Orsi is a senior at Wetumpka High School. She was nominated as a Young Hero by her chemistry teacher, mentor and friend Meredith Ingram, who started by writing, “Adrianna’s academic career is one of the most impressive of any student I ever taught.” Adrianna is currently ranked second in her graduating class of 232 and is expected to be the Valedictorian or Salutatorian. She has a GPA of 4.275 and scored 35 on the ACT. “She has an extreme natural intelligence, and it shows in and out of the classroom.

Adrianna has been involved in the WHS Pride of the Tribe Marching Band and Symphonic Band throughout her high school career. She is also a member of the STEAM Machine Robotic Team and the National Honor Society. Her awards and recognitions are many, including AP Scholar with Honor, the AU Women in Science and Mathematics Awards, and the Regeneron Biomedical Award. She placed first in the Behavioral and Social Science division of her school’s science fair.

Adrianna uses her extreme natural intelligence and teaching skills to tutor other students in chemistry. Ms. Ingram reported that every student who has been tutored by Adrianna was able to show an increase in knowledge on tests in comparison to their previous work without Adriann’s help. “She is able to take complex chemistry concepts and break them down in teachable bits of information for her peers.”

In her personal life, Adrianna was confronted with an extraordinarily tragic situation at the young age of 13. Her father began using illegal drugs which resulted in her mother having no choice but to initiate divorce proceedings and to request full custody of Adrianna and her younger triplet sisters. As her mother and siblings were leaving the family home for the last time, Adrianna’s father exploded in extraordinary domestic violence, killing Adrianna’s mother, one of her sisters, and himself – and wounding the other two triplets.

Adrianna has stepped into the mothering role for her surviving sisters. The siblings live with their grandparents. “I met Adrianna when she was 15-years-old,” Ms. Ingram wrote, “And I was incredibly impressed with her demeanor, her outlook on life, and the fact that she did not use the horrible situation she had endured to define her. She sought no pity or freebies. She holds herself to superior standards and has never faltered in her academic career while going through these major life changes.”

In the face of extraordinary tragedy and trauma, Adrianna excels in her studies and dutifully supports her family and community. She is truly a young hero by every definition. For all these reasons and more, Adrianna is recognized by her school and our state as one of the five 2022 Young Heroes of Alabama.