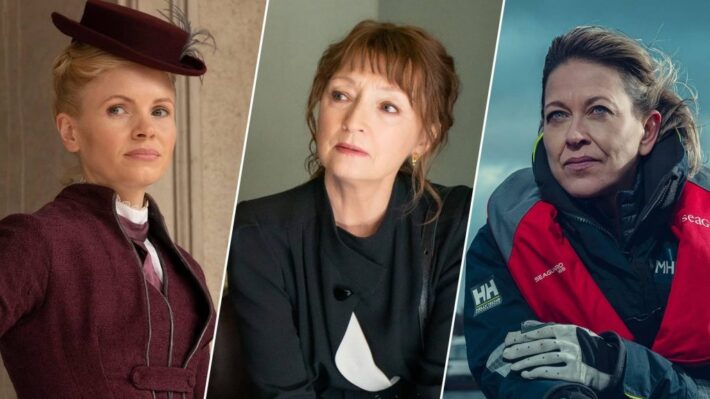 What do Kate Phillips, Lesley Manville, and Nicola Walker have in common? Their characters are all kicking crime, taking names, and cracking cases, and their shows/seasons all have their broadcast premiere the same night on MASTERPIECE Mystery!  Watch a preview of all three shows right now!

Magpie Murders
Lesley Manville (World on Fire, The Crown, Mrs. Harris Goes to Paris) stars, and murder and mayhem go meta, in this clever and suspenseful mystery-within-a-mystery adapted from Anthony Horowitz’s bestselling book by the author himself.