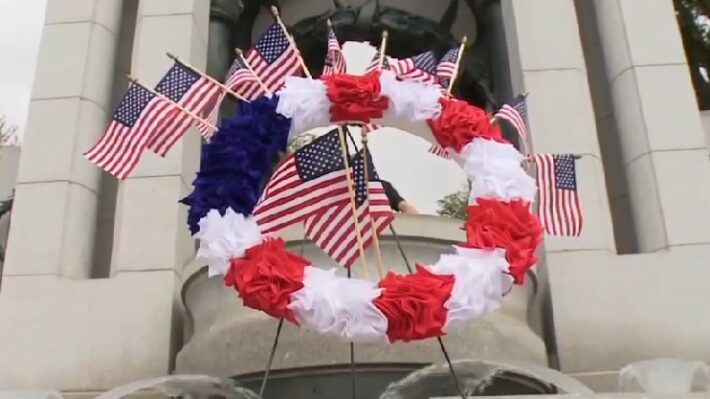 11:00am  -  Jeremiah
Family and fellow POWs help tell the story of Vietnam War pilot, POW and later U.S. Senator Jeremiah Denton, who famously alerted the world to conditions at the Hanoi Hilton by blinking the letters T-O-R-T-U-R-E in Morse code during a news interview he was forced to do by the North Vietnamese.

2:00pm - The War Pt 2
Americans mobilize for total war at home and overseas. Factories hum around the clock, while North Africa and then Italy, inexperienced GIs learn how to fight. Meanwhile, in the skies over Europe, thousands of American airmen gamble their lives against preposterous odds on daylight bombing missions.

5:00pm - The Story of G.I. Joe
During World War II, American journalist Ernie Pyle (Burgess Meredith) goes abroad to write about the arduous experiences of stalwart members of the U.S. Army. In Africa and Europe, Pyle encounters brave soldiers who have put their lives in danger in order to defeat Hitler and Mussolini, including Lt. Bill Walker (Robert Mitchum), who is working hard to instill his men with a positive outlook, and Sgt. Steve Warnicki (Freddie Steele), whose young child is growing up back in America.

Thank you again to all those who have served and currently serve in America's armed forces, and to your families.