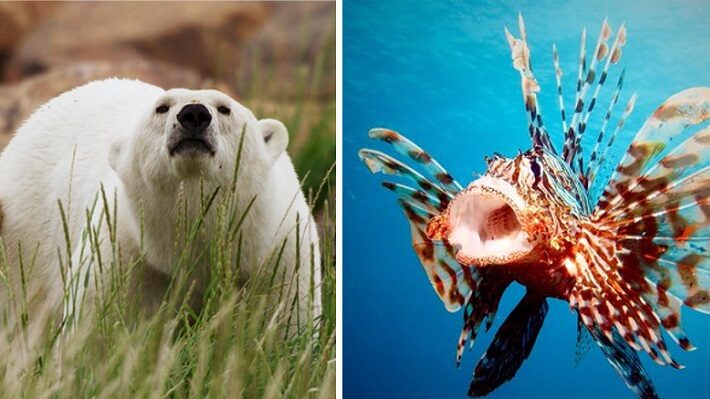 Follow NATURE to the wild north of Canada, meet one of the ocean's most beautiful and destructive species, and discover how disease and climate bring down ancient Rome.

WEDNESDAY, OCTOBER 26
New episodes of three iconic PBS series reveal new dimensions of the natural world on Wednesday night, taking you to places you would probably never travel yourself. That's what makes Think Wednesdays both fun and fulfilling.

NATURE: CANADA - SURVIVING THE WILD NORTH
Canada is a vast country, with the largest intact forest on the planet, more than two million lakes and rivers, and the longest coastline on Earth. This wild and rugged outpost is home to some of the world’s most astonishing wildlife such as polar bears, arctic foxes, coastal wolves, Canada lynx, great grey owls and caribou. Journey from the high arctic and tundra to the boreal forests, to discover how life manages to survive in the Wild North, where getting the timing right and seizing seasonal opportunities can make the difference between life and death.

NOVA: OCEAN INVADERS
Lionfish–long prized in home aquariums–have invaded the Atlantic. Dive deep with host Danni Washington to investigate what makes the lionfish such a successful invasive species, how it’s wreaking havoc, and what can be done about it.

SECRETS OF THE DEAD: THE END OF ROME
Is history repeating itself? That's the question when SECRETS OF THE DEAD follows an in-depth investigation into the real causes of the decline of the Roman Empire. Three deadly epidemics and a climate catastrophe could have caused the empire's collapse—drawing frightening parallels to today.