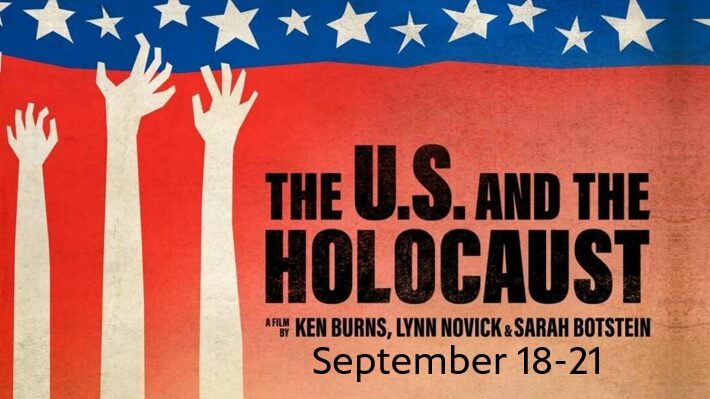 THE U.S. AND THE HOLOCAUST

Documentary asks how the American people grappled with the Holocaust, one of the greatest humanitarian crises of the twentieth century. Updated schedule due to Queen's funeral.

ALL episodes will be available for streaming on September 18.

As the horrors of the Holocaust crept across Europe, what did the American people do? What did they think? Ken Burns, along with Lynn Novick and Sarah Botstein, look for answers in a new three-part docuseries, The U.S. and the Holocaust.  The series will premiere Sunday, Sept. 18 at 7:00pm. APT will repeat the episode at 9:10pm and again on Monday at 8:30pm.

Due to the coverage of the funeral of Queen Elizabeth II on Monday, Sept. 19, PBS has adjusted the air dates for The U.S. and the Holocaust episodes 2 and 3. Episode 2 will air on Tuesday, Sept. 20 and Episode 3 will air on Wednesday, Sept. 21 at 7:00pm.*  APT will repeat each of these episodes immediately following the original broadcast, approximately  9:20pm on Tuesday and 9:10pm on Wednesday.

The U.S. and the Holocaust looks with fresh eyes at the events before and during the Holocaust, as well as the eugenics movement and other parallel events in the United States. It rejects the myth that Americans were too ignorant or selfish to care about the growing menace of genocide, making clear that the truth was more nuanced, raising old questions about America's responsibilities in the world. The film tackles a range of questions that remain essential to our society today, including how racism influences policies related to immigration and refugees as well as how governments and people respond to the rise of authoritarian states that manipulate history and facts to consolidate power.

* PBS made changes to previously announced schedule for The U.S. and the Holocaust in order to provide coverage for the funeral of Queen Elizabeth II on Monday, Sept. 20. 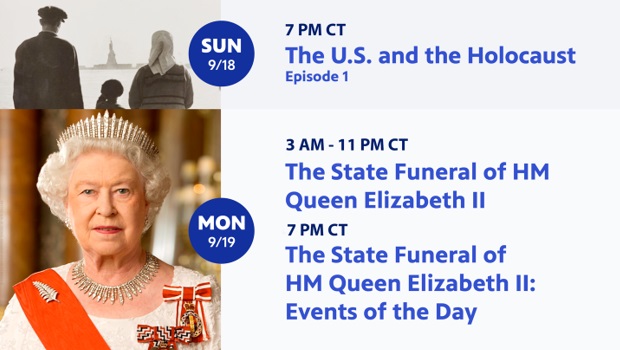