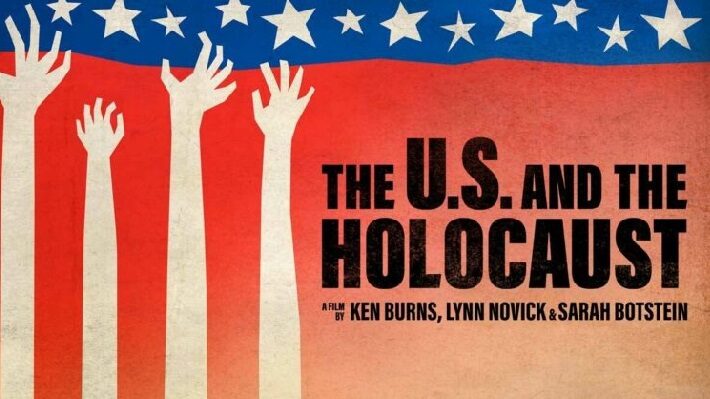 THE U.S. AND THE HOLOCAUST Premieres September 18

Ken Burns asks how the American people grappled with the Holocaust, one of the greatest humanitarian crises of the twentieth century.

As the horrors of the Holocaust crept across Europe, what did the American people do? What did they think? Ken Burns, along with Lynn Novick and Sarah Botstein, look for answers in a new three-part docuseries, The U.S. and the Holocaust.

The U.S. and the Holocaust looks with fresh eyes at the events before and during the Holocaust, as well as the eugenics movement and other parallel events in the United States. It rejects the myth that Americans were too ignorant or selfish to care about the growing menace of genocide, making clear that the truth was more nuanced, raising old questions about America's responsibilities in the world. The film tackles a range of questions that remain essential to our society today, including how racism influences policies related to immigration and refugees as well as how governments and people respond to the rise of authoritarian states that manipulate history and facts to consolidate power.

A Virtual Event Series: Conversations on the Holocaust

Join two hour-long discussions with the filmmakers and special guests, featuring clips from the three-part series. Both events will be recorded and made available for streaming. Viewers may join the conversation on social media with #USandTheHolocaustPBS and follow @KenBurns, @LynnNovick, and Sarah Botstein.

September 8: "The Holocaust and Refugees, Lessons for Today"
With Ken Burns, Sarah Botstein and Madlin Sadler. Discussion begins at 7pm ET. Presented by PBS and the International Rescue Committee. 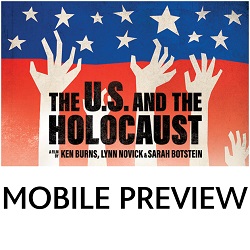 WEDNESDAY, SEPT. 7 AT 7:00PM
Bernheim Hall, 701 Government Street, Mobile
The Mobile Jewish Film Festival and APT will present a 40-minute reel of excerpts from the six-hour series. Dr. Alexandria Ruble (Spring Hill College) will provide commentary. The preview is free and open to the public. Reserve your seat by sending an RSVP to [email protected] 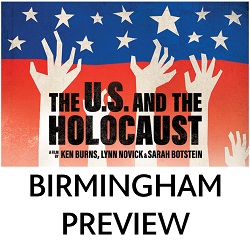 The Alabama Holocaust Education Center and APT present a 40-minute reel of excerpts from the six-hour series. Dr. Dan Puckett (Troy University) and Amy McDonald (AHEC) will provide commentary. The preview is free and open to the public, but seating is limited to the first 100 guests.