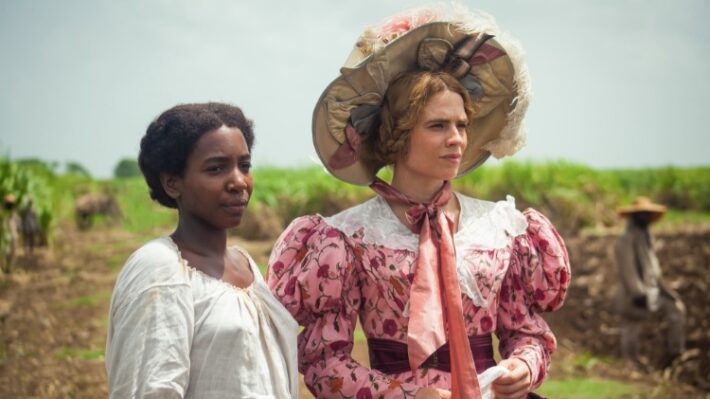 ,The Long Song, a tale of hope and endurance based on the bestselling novel by Andrea Levy, comes to MASTERPIECE January 31st.

Tamara Lawrance (King Charles III) stars as an indomitable house slave in Jamaica during the era of emancipation, with Hayley Atwell (The Avengers) as her demanding, capricious mistress, in The Long Song. Based on the award-winning novel by Andrea Levy, the miniseries airs in three parts on MASTERPIECE, Sundays, January 31 - February 14, 2021 at 9:00pm.

The British press applauded the UK broadcast of The Long Song, with The Guardian calling it “a beautiful, moving, horrifying adaptation of Levy’s unsimple tale, that honors the source and its subject.” The Radio Times judged it “so finely-tuned and carefully-balanced that it’ll break your heart—and make you laugh at the same time.” And The Times opined, “What can a period slavery drama tell us that we don’t already know? Quite a bit.”'

Andrea Levy, who died in 2019, was born in London to Jamaican parents and spent her writing career probing her heritage. Her numerous literary awards included the Walter Scott Prize for The Long Song (published in 2010), which was also a finalist for the English language’s most prestigious book award: the Man Booker Prize.