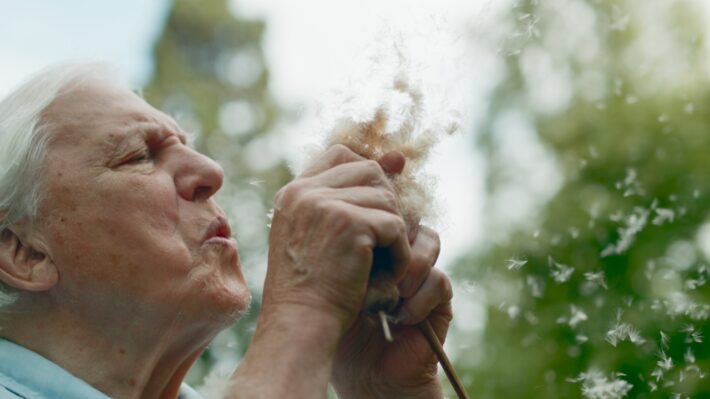 Sir David Attenborough travels the globe to reveal the secret lives of plants with state-of-the-art filmmaking and the latest developments in microscopy.

Sir David Attenborough returns to public television in a breathtaking new five-part series exploring Earth’s biodiversity told through the fascinating story of plants. As Attenborough explains: “Every mouthful of food that we eat, every lungful of air that we breathe, depends on plants.” Using pioneering new filmmaking technology and the latest science, THE GREEN PLANET takes viewers from the deepest jungles to the harshest deserts, revealing the strange and wonderful world of plants as never before. Living secret, unseen lives, plants are often overlooked. Yet they are as aggressive, competitive and dramatic as animals — locked in life-and-death struggles for food and light, taking part in fierce battles for territory and desperately trying to reproduce and scatter their young.

In the series, Sir David travels the globe, from deserts to mountains, from rainforests to the frozen north, to present a fresh understanding of how plants live their lives. He meets the largest living things that have ever existed, trees that care for each other, plants that hunt animals and plants that breed so fast they could cover the planet in a matter of months. He finds time travelers — seeds that can outlive civilizations and plants that remain unchanged for decades. By examining our relationship with plants past, present and future, THE GREEN PLANET reveals how all animal life, including ours, is totally dependent on plants.

Using pioneering motion-control robotics systems, THE GREEN PLANET takes viewers on a magical journey, going beyond the power of the human eye to make visible the amazing, hidden life of plants. Thermal cameras, macro frame-stacking, ultra-high-speed cameras and the latest developments in microscopy reveal the lives of plants and their incredible beauty. Surprisingly social, they communicate with each other, care for their young and help the weak and injured. They can plan, they can count — and they can remember.

Sir David believes we are living at the perfect time for a reexamination of the plant world. “There has been a revolution worldwide in attitudes towards the natural world in my lifetime — an awakening and an awareness of how important the natural world is to us all,” he said. “An awareness that we would starve without plants, we wouldn't be able to breathe without plants. Yet people's understanding about plants, except in a very kind of narrow way, has not kept up with that. I think this series will bring it home.”