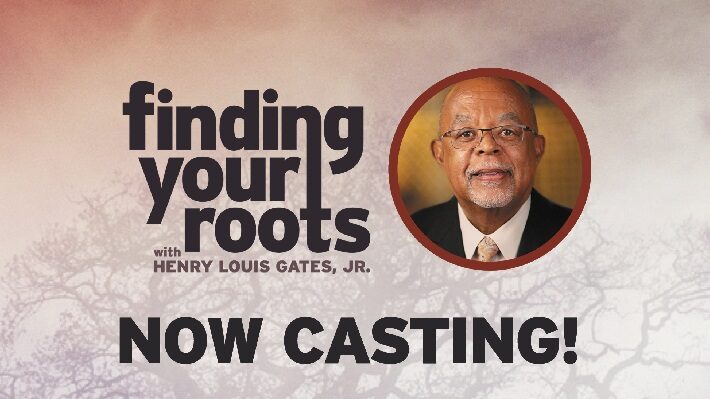 Tell Us Your Story!

To celebrate filming of the 10th season of Finding Your Roots, producers are casting a viewer to appear in the series!

Do you have a family mystery you'd like Henry Louis Gates, Jr. and his team to solve?

In response to the overwhelming comments from fans asking for a non-celebrity guest to be featured in the series, FINDING YOUR ROOTS will be casting a viewer for Season 10 of the long-running PBS series. The nationwide casting call begins TODAY and will conclude on or around January 27, 2023. The series is looking for anyone with a “family mystery” that the team from FINDING YOUR ROOTS can help solve! The chosen viewer will be publicly announced in the summer of 2023, and will appear on Season 10, which is expected to premiere in early 2024.

Apply now if you'd like to be in our series and discover your roots!

TELL US YOUR STORY

To be considered, applicants must reside within the United States.

PARTICIPANTS SUBJECT TO ADDITIONAL ELIGIBILITY REQUIREMENTS AND OTHER TERMS & CONDITIONS