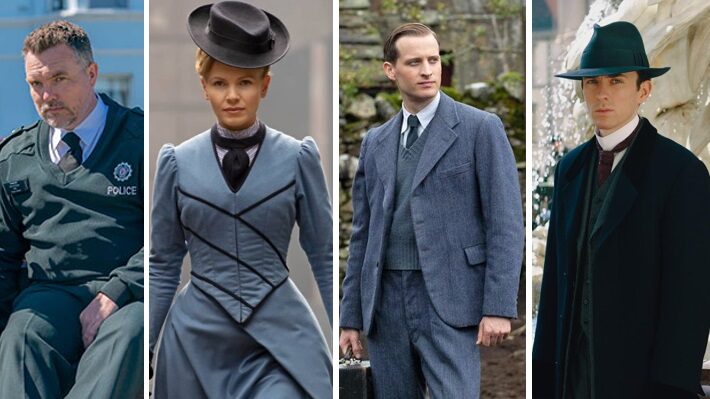 Due to the replacement of APT's Birmingham-area transmitter antenna last weekend, viewers in the Birmingham area weren't able to see the second episodes of the four primetime dramas we broadcast, so we're replaying those four episodes this coming Sunday. And thanks to the new antenna, Channel 10 viewers should have better reception than they've had since the transition to digital more than a decade ago!

2:00pm - HOPE STREET Episode 2
When newcomer Detective Constable Leila Hussain arrests an elderly farmer on suspicion of murder, the locals are furious. It looks like Leila’s days in Port Devine are numbered – until an unlikely ally comes to her rescue.

3:00pm -   MISS SCARLET AND THE DUKE ON MASTERPIECE  Episode 2 - Arabella's
Eliza suspects her childhood rival Arabella Herbert may be a criminal, but no one wants to hear it.

4:00pm - ALL CREATURES GREAT AND SMALL ON MASTERPIECE Episode 2 - Honeymoon's Over
As James and Helen settle into married life, James uneasily becomes Siegfried's partner at the clinic; Tristan must make new adjustments.

5:00pm - VIENNA BLOOD Episode 2 - Deadly Communion Pt. 2
Max and Oskar pursue the killer of three victims, which leads them to the sinister world of exploitation and blackmail.

Thank you to our Channel 10 viewers for your patience.  We would love to hear from you about how the new antenna is working.  Send us an email, or send us a note on Facebook, Instagram or Twitter.