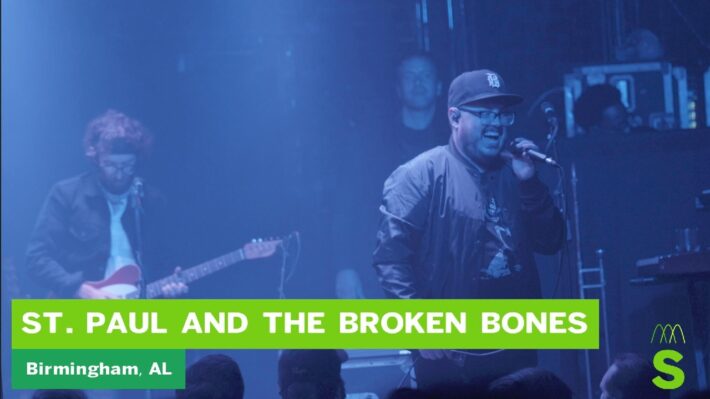 Birmingham's St. Paul and the Broken Bones take the spotlight in the 5th season premiere of APT's Subcarrier.

Alabama Public Television is pleased to announce the return of our award-winning music program Subcarrier.  Since 2015, APT has shot and recorded more than 50 world-renowned performers at Saturn in east Birmingham’s Avondale neighborhood.  Production ceased in 2020 with the arrival of the coronavirus pandemic but began again last fall with a sold-out concert by Birmingham’s own St. Paul and the Broken Bones.  Our new season starts with their episode as a one-hour special presentation on Thursday, April 7th at 11pm.  Episodes will air on APT and Birmingham Mountain Radio through May and production is ongoing.

St. Paul and the Broken Bones have released 4 albums and 2 EPs while touring internationally and have appeared on PBS series Austin City Limits and Bluegrass Underground. They were nominated for a Daytime Emmy Award for Outstanding Musical Performance in 2017.

Subcarrier returns to its usual broadcast time of Thursday nights at 10:00pm beginning April 14. Other bands appearing in Subcarrier’s 5th season include black midi (April 14), Azure Ray (April 21), mssv (April 28), Andy Shauf (May 5) and Low (May 12).  All episodes will be available on APT’s website and on the PBS video app following broadcasts.