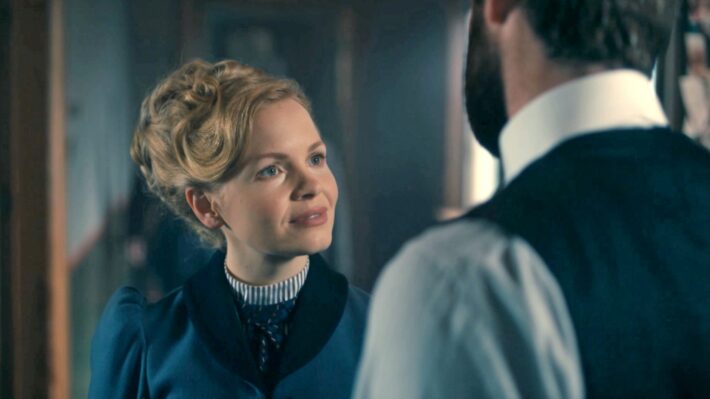 Exciting News! Miss Scarlet and The Duke will be returning for another season on MASTERPIECE!

More mystery, more banter, and more sheer delight. Kate Phillips and Stuart Martin will be back for more investigations in 1880s Victorian London next year. Keep an eye out for more updates about the next season, and don't be afraid to share the great news with friends!

If you haven't seen this fan-favorite mystery, stream the full first season now with APT Passport. Not a Passport member yet? Get Started!  MASTERPIECE is made possible by viewers like YOU.

Phillips and Martin have both been busy actors on the television circuit, which makes it especially exciting to learn they'll be back on MASTERPIECE.  Phillips made a name for herself in popular series such as Peaky Blinders (as Linda Shelby and The Crown (as Venetia Scott). MASTERPIECE fans may remember her as Jane Seymour in Wolf Hall (which was, fun fact, her first ever audition!), as Tillie Seigler in My Mother and Other Strangers, and most recently in the Downton Abbey movie as Princess Mary, who forms a connection with one Tom Branson.   Martin is perhaps best known for his three season run on Jamestown as Silas Sharrow, for his role as Lorenzo on Medici, and his role on the limited series Babylon.