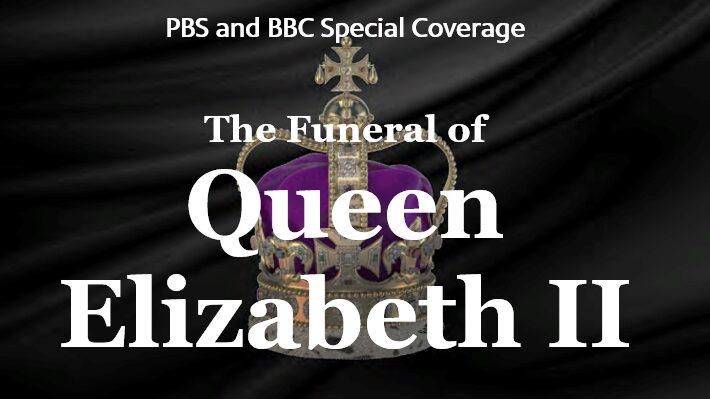 Queen Elizabeth II, Britain's longest ruling monarch, will be laid to rest in an elaborate ceremony on Monday, Sept. 19. According to The Guardian, as many as 750,000 people are predicted to travel to London for the state funeral. President Joe Biden will join other world leaders paying their respects at Westminster Abbey.

APT will present live coverage of the The State Funeral of HM Queen Elizabeth II in London from PBS and BBC beginning early on Monday morning and continuing until 11am.

Highlights of the Queen's funeral will be presented in a special broadcast Monday night from 7:00 - 8:30pm (or possibly later).

In Their Own Words: Queen Elizabeth


Follow Queen Elizabeth II’s remarkable life, from her youth to her uncle’s abdication, her father’s coronation as King George VI, her experience during World War II, her sudden ascension to the throne and her eventful reign of more than 60 years.

The Queen at War


Learn how the longest reigning monarch in British history was shaped by World War II. Princess Elizabeth’s experiences during the war mirrored those of the public and helped shape her into the Queen she is today.