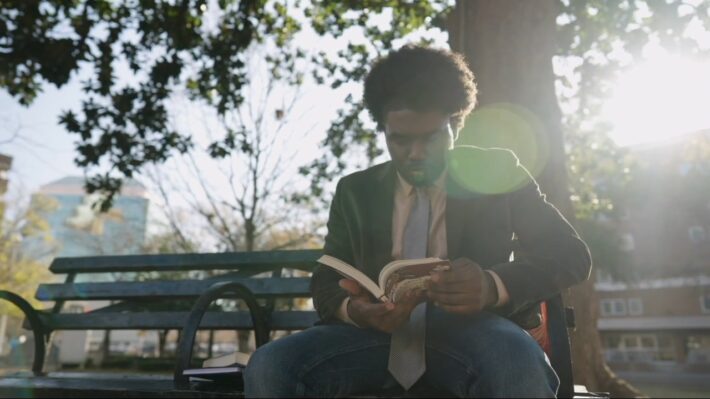 Four winners of a statewide contest explore the power of poetry to move and inspire people of all ages and backgrounds.

What poem do you love? That was the question posed by Polish filmmaker Ewa Zadrzynska and Alabama Poet Laurette Jennifer Horne in an essay contest conducted in Alabama early in the pandemic. The response was tremendous and helped Zadrzynska identify the subjects for her film Poetry Unites Alabama which premieres Wednesday, April 27 on Alabama Public Television in recognition of National Poetry Month. 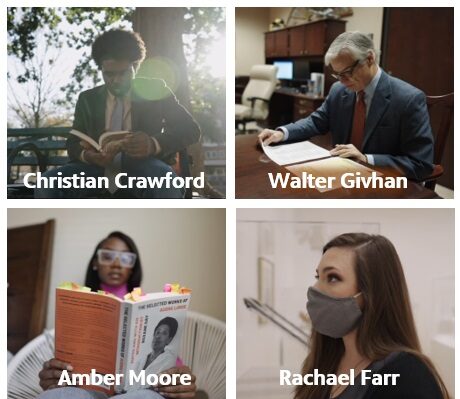 “We received entries from Alabamians of different ages, different backgrounds, who live in different parts of Alabama, but they all share a love for poetry,” said Horne, who headed the jury for the contest. “We selected nine winners, four of which are included in the film.”

Christian Crawford wrote his essay on Ballad of Birmingham,  a poem about Black children marching in Birmingham in the 1960s written by Dudley Randall. Rachael Farr reflects on Muscogee Creek writer Joy Harjo’s poem Remember. Walter Givhan looks at There are Things I Tell to No One, by Galway Kinnell. Amber Moore explores the power of Audre Lorde’s A Litany for Survival. Each essayist reads their chosen poem and shares the meaning it has for them.

“Ewa’s film is more than a celebration of poetry. It’s a keen insight into the power of words to move and inspire people of all ages and backgrounds. Much of it is filmed outdoors and reveals the beauty of our state along the way,” says APT programming director Mike McKenzie.

Alabama is the fourth state to be featured in the series Poetry Unites America, following New York, Kansas and Kentucky. Poetry Unites America is a non-profit organization dedicated to uniting people using the harmonizing power of poetry while promoting reading and writing. The Poetry Unites program was developed and produced by Ewa Zadrzynska for the Evens Foundation in Europe. It was inspired by the Favorite Poem project created by the U.S. Poet Laureate, Robert Pinsky. The project is supported by the Alabama Humanities Alliance and Alabama Arts Council media grants to the Capri Community Film Society, Inc., and a grant from the Alabama Power Foundation.

Christian Crawford, essay on Ballad of Birmingham, by Dudley Randall

Debbie Esslinger, essay on Daybreak in Alabama, by Langston Hughes

Walter Givhan, essay on There are Things I Tell To No One, by Galway Kinnell

Ramona Hyman, essay on Christ In Alabama, by Langston Hughes

Amber Moore, essay on A Litany For Survival, by Audre Lorde

Jacqueline Allen Trimble, essay on “won’t you celebrate with me” by Lucille Clifton