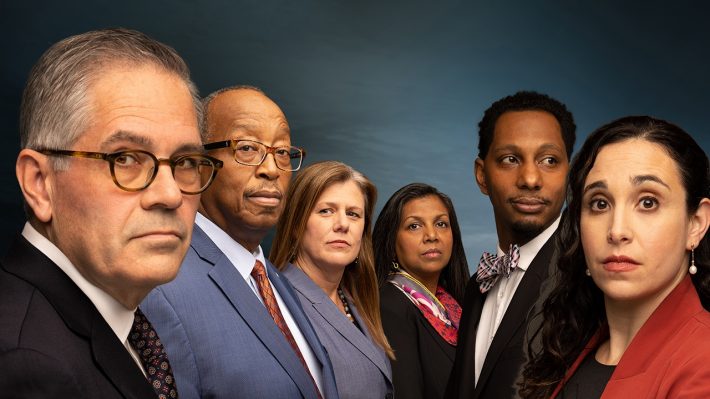 Go inside the emotional, high stakes work of Philadelphia District Attorney Larry Krasner and others attempting to overhaul an entrenched criminal justice system.

In 2017, Larry Krasner, a civil rights attorney who sued the Philadelphia Police Department 75 times throughout his career, mounted a longshot campaign supported by activists and organizers, and ultimately won the District Attorney’s seat in a city that has the highest incarceration rate of any large city in the United States. He was determined to make a change.

Philly D.A.,  the most expansive documentary series ever done by INDEPENDENT LENS, follows the work of Krasner as he and his team work to transform the criminal justice system from the inside. The eight-part series premieres with two episodes on Tuesday, April 20 and continues through June 1.

In the vein of Knock Down the House and Flint Town, Philly D.A. brings viewers behind the scenes, giving them a vivid, firsthand look at a District Attorney’s office attempting to transform the future of mass incarceration, the culture of prosecution and the fundamental meaning of justice.

Tune-in or watch online and see inside the emotional, high-stakes work that Krasner and an ensemble of idealistic outsiders from  different walks of life take on as they strive to overhaul an entrenched criminal justice system while grappling with detractors, political opposition and a skeptical public.