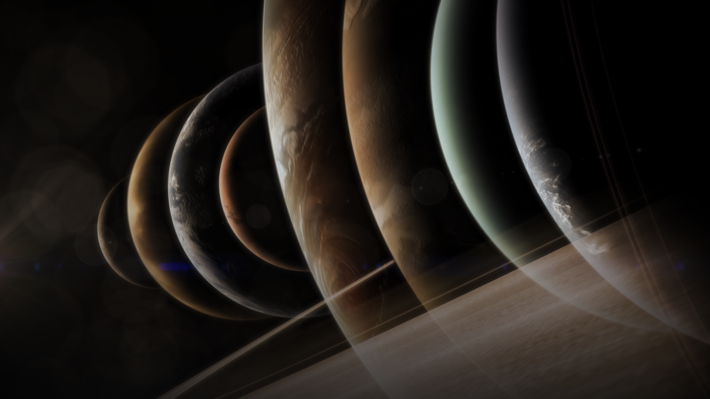 NOVA brings the the incredible but alien worlds of our solar system to life on Alabama Public Television.

NOVA's THE PLANETS returns to Alabama Public Television starting July 13, showing viewers that the night sky isn't as empty as they might think.

Volcanoes three times taller than Everest. Cyclones larger than earth. Planetary rings 175,000 miles wide. These are just some of the sights THE PLANETS will show as it explores our little slice of the final frontier. Special effects combine with real footage from satellites and rovers to bring other worlds to life.

THE PLANETS is a five episode series which premiered in July 2019, with each episode asking a very different question. Why is earth the only rocky planet that supports life? What was Mars like when it had oceans and waterfalls? Is Jupiter eating its neighbors? What is hiding in the rings of Saturn? How's the weather at the edge of the solar system? THE PLANETS answers all these and more.

In Wednesday's episode, THE PLANETS explores the four rocky inner planets. Mercury, Venus, Earth and Mars were born of similar material around the same time. Yet only one of them supports life. Were Earth's neighbors always so extreme? And is there somewhere else in the solar system life might flourish?