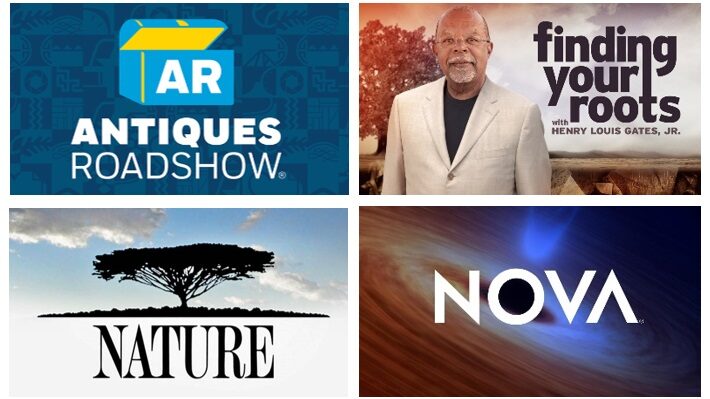 You’ll notice big changes in APT’s afternoon schedule beginning on February 6. Starting at 3:00pm, you’ll be able to watch repeats of PBS primetime favorites including Antiques Roadshow, NOVA, Nature, and Finding Your Roots, along with other popular series and specials.

“APT is following PBS stations around the country in adjusting its schedule to better fit the realities of television viewership today,” says Phil Hutcheson, interim executive director.  “We have an entire 24/7 channel just for kids and their parents that has been available for more than six years. And we’ve seen an incredible increase in families streaming PBS Kids programming since the pandemic began. There were more than 6 million PBS Kids programs streamed on devices in Alabama in November alone.”

PBS will be updating the schedule for PBS Kids daytime programming on February 6 as well, shifting some children’s favorites to new times and introducing a brand-new PBS Kids series, Work it Out Wombats!

The new afternoon schedule is very similar to the programming APT initiated when Alabama schools closed in 2020 due to the pandemic, providing educational programming for older students during the daytime. Most of the primetime programs have educational components useful for middle and high school students. NOVA, for example, is the most-used PBS program in American classrooms. 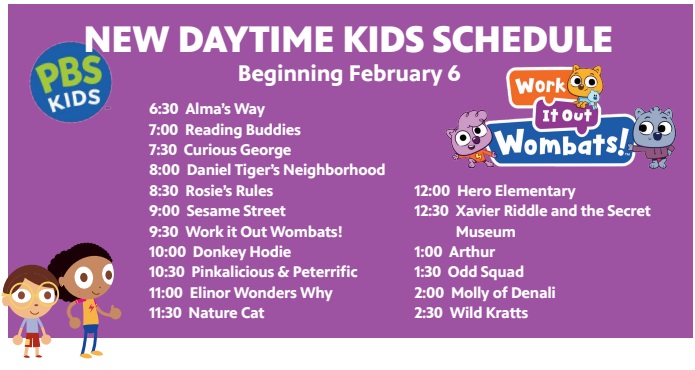