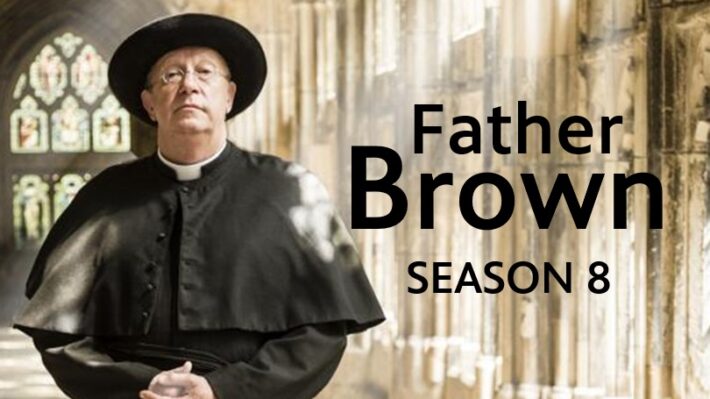 We're happy to bring you a new season of the popular BBC drama Father Brown beginning March 27. It seems there is never a dull moment in the little Cotswold village of Kembleford where Brown serves as the local priest and - much to the chagrin of the local constabulary - the chief crimefighter, aided by  his stalwart secretary Mrs. McCarthy.

Set in post-World War II Britain, Father Brown is fairly sedate as crime dramas go. The local police constable couldn't find a criminal if they were already locked up in a cell, and if such a person was locked away it would be for the entirely wrong reason, which Father Brown would eventually prove.  You won't hear blaring sirens or see gruesome deaths on Father Brown, but you will receive a comfortable dose of English customs and countryside, and bad guys who get their comeuppance.

Mark Williams, who spent a decade recognized principally as the father of the Weasley clan in the Harry Potter films, is quite at home in the role of the "Father" for his little village. He doesn't practice magic in Kembleford, but he does possess a special insight into people that helps to solve many a crime.