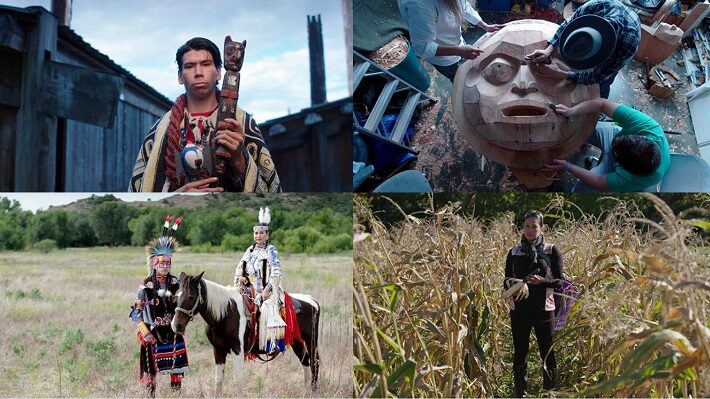 Weaving history and science with living Indigenous traditions, NATIVE AMERICA brings to life a land of massive cities connected by social networks spanning two continents, with unique and sophisticated systems of science, art and writing. Made with the active participation of Native American communities and filmed in some of the most spectacular locations in the hemisphere, the series illuminates the splendor of a past whose story has for too long remained untold.

Recent discoveries informed by Native American oral histories have led to a bold new perspective on North and South America – that through social networks spanning two continents ancient people shared a foundational belief system with a diversity of cultural expressions. This and other research is leading to revelations that will forever change how we understand Native America. The series highlights intimate Native American traditions and follows field archaeologists using 21st century tools such as multispectral imaging and DNA analysis to uncover incredible narratives of America’s past, venturing into Amazonian caves containing the Americas’ earliest art and interactive solar calendar, exploring a massive tunnel beneath a pyramid at the center of one of ancient America’s largest cities, and mapping the heavens in celestially aligned cities.

NATIVE AMERICA is followed at 6:00pm by THE FORGOTTEN CREEKS, the story of Alabama's Poarch band of the Creek nation.