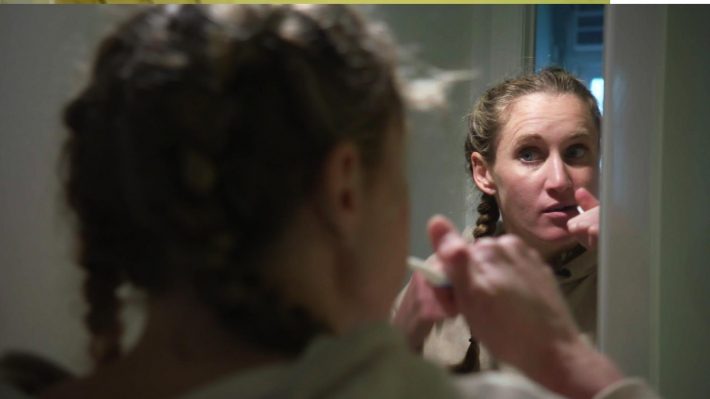 One in four people will suffer from a mental illness during their lives and today, the issue is even more pressing with the Covid-19 pandemic. A new multiplatform initiative from PBS launching this month focuses on destigmatizing mental illness and explores issues surrounding mental health in science and society. The centerpiece of the initiative is Mysteries of Mental Illness, a four-episode broadcast series presented in two-hour blocks, premiering June 22-23.

Mysteries of Mental Illness traces the evolution of this complex topic, presenting cutting-edge science and giving voice to contemporary Americans across a spectrum of experiences. Each of the broadcast hours features up-close portraits of individuals sharing their deeply personal stories, as well as important insight from mental health practitioners, experts and scholars. Jeffrey A. Lieberman’s book, Shrinks: The Untold Story of Psychiatry, was one of the inspirations for Mysteries of Mental Illness and his is among many voices featured in the series.

Mysteries of Mental Illness: Evil or Illness? – Premieres Tuesday, June 22, at 8pm
For much of history, people living with schizophrenia, like aspiring astrophysicist turned mental health activist Cecilia McGough, would have been seen as a prophet or devil. Yet today, despite struggling with persistent hallucinations and delusions, Cecilia helps hundreds around the world find support and community through her organization, Students with Psychosis. Other current-day profiles include Virginia Fuchs, an Olympics-bound boxer living with OCD, and Lorina Gutierrez, who was committed to a psychiatric hospital until her psychosis was revealed to be a result of an ovarian tumor. The first hour of the documentary series provides a revealing examination of ancient concepts of mental illness and the establishment of psychiatry with the rise of Sigmund Freud.

Mysteries of Mental Illness: Who’s Normal? – Premieres Tuesday, June 22, at 9pm
This episode delves into how science and societal factors are deeply entwined with our ever-shifting definitions and diagnoses of mental health and illness. The second half of the 20th century brought a struggle to develop mental illness standards rooted in empirical science rather than dogma, including the evolution of the DSM (Diagnostic and Statistical Manual), which remains the so-called “Bible of Psychiatry” even today, despite what many acknowledge are its deep and fundamental flaws. Profiles include Ryan Mains, a former firefighter and Iraq veteran struggling with PTSD; Mia Yamamoto, born in a Japanese internment camp, who long resisted being labeled mental ill before she became California’s first openly transgender lawyer; and Michael Walrond, a Harlem-based pastor who lives with his own depressive disorder.

Mysteries of Mental Illness: Rise and Fall of the Asylum – Premieres June 23, at 8pm
Mass confinement in mental asylums (some holding up to 19,000 people) and extreme treatments – from lobotomy to coma therapy – were standard treatment for mental illness in the U.S. until a few decades ago. Today, the nation’s largest de-facto mental health facility is Cook County Jail in Chicago, where more than one third of inmates have a mental health diagnosis. As Sheriff Tom Dart attempts to tackle this crisis head-on through a range of mental health treatments and programs, we’ll meet the detainees whose lives hang in the balance and discover the harsh realities of care both in and out of jail.

Mysteries of Mental Illness: The New Frontiers – Premieres June 23, at 9pm
A look at today’s most groundbreaking treatments, based on the latest scientific understanding of the biological underpinnings of mental illness, with profiles of patients undergoing a variety of vanguard treatments. These include: deep brain stimulation surgery; infusions of ketamine – the first new psychiatric drug in decades; and modern electro-convulsive therapy. Alongside cutting-edge treatments, one of the most urgent fronts in the battle against mental illness is the fight for inclusion – a society more open to all kinds of minds and behavior, free from stigma, based on the understanding that mental health exists on a spectrum, and respect for each individual’s right to choose what’s right for them.