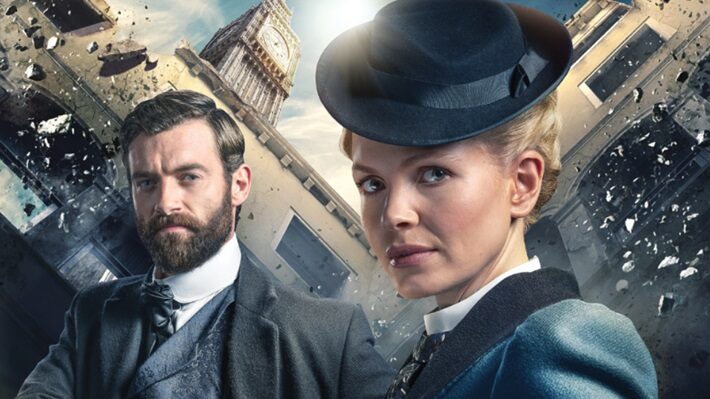 Victorian London’s most delicious detective duo-with-a-twist are back facing new cases, renewed competition with each other, and lingering questions about their relationship. Premiering October 16!

Nearly eight million viewers tuned in to Season 1, with an additional 1.6 million streaming the series on PBS Passport. On social media, fans avidly debated the burning question, “Will they, or won’t they?” Meaning, do these two realize they are made for each other?

Along with the help (or hinderance) of Duke, Eliza is aided by her underworld odd-job man, Moses (Ansu Kabia, World on Fire); her sage housekeeper, Ivy (Cathy Belton, Hidden Assets); and her young friend and protégé, Hattie (Jessie Cave, Harry Potter).

The cast of characters also includes Duke’s new boss, Superintendent Monro (Ian Pirie, Guilt), who puts politics above policing. Consequently, Duke is ordered to mentor Detective Fitzroy (Evan McCabe, Doctor Who), the inept son of the powerful police commissioner (Michael Simkin, This Is Going To Hurt). Young Fitzroy is more suited to literary clubs than billy clubs, getting his colleagues into sticky situations. Charlie Phelps (Tim Chippings, Liar) rounds out the characters at Scotland Yard as the rough-around-the edges detective.

MISS SCARLET AND THE DUKE will be followed at 8pm Sundays by the new MASTERPIECE series MAGPIE MURDERS, adapted by Anthony Horowitz (Foyle's War) from his own novel, and then the broadcast premiere of ANNIKA, starring Nicola Walker (Unforgotten) at 9pm.