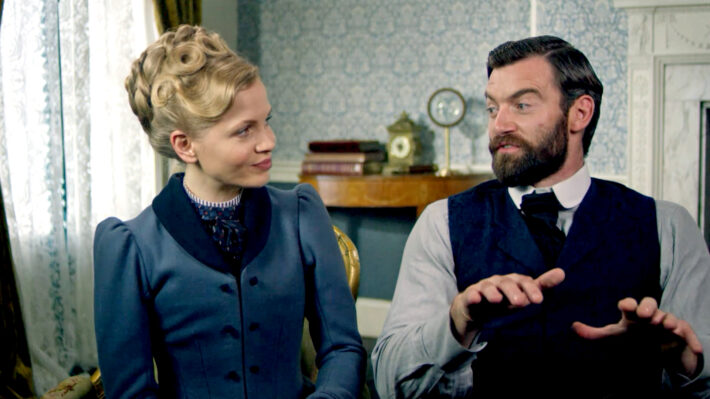 Follow the crimefighting adventures of Victorian England's first ever woman detective and her sometimes partner in our August afternoon marathon for Masterpiece fans.

Before Marple and Tennison, there was Scarlet—Miss Eliza Scarlet, private detective. Kate Phillips (Wolf Hall) stars as Victorian London’s brilliant, beautiful, and first-ever female sleuth, with Stuart Martin (Jamestown) as her friend and associate, Detective Inspector William “The Duke” Wellington. The first season of this lighthearted yet gripping series is back to provide MASTERPIECE fans a refresher before the debut of season two which premieres in October.

If you missed Miss Scarlet & The Duke the first time around, the series is set at the start of the Sherlock Holmes era, circa 1880. Eliza’s father, Henry, is a widowed retired police officer,
currently a private detective running up bills and drinking through his occasional earnings. Nonetheless, he is a talented investigator, and he has taught his only child, Eliza, the trade since she was a girl. She is now determined to break into this male-only profession, often stepping on the toes of Wellington, her friend since childhood.

APT presents the first four episodes of Miss Scarlet & The Duke this weekend and the final four on the following Sunday.

Miss Scarlet & The Duke is also available on Passport! 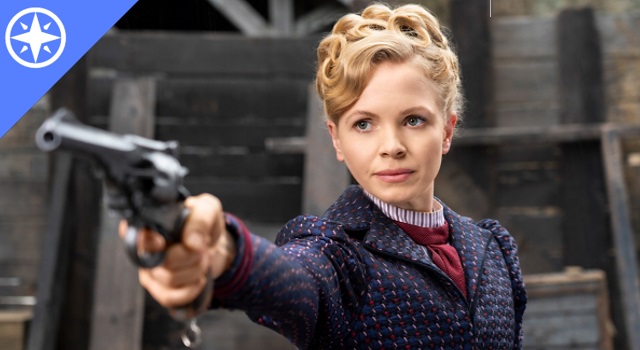