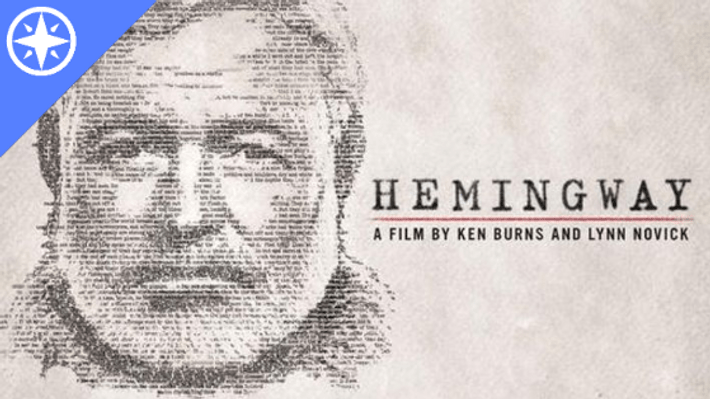 The life and work of Ernest Hemingway are put in the spotlight in this docuseries by Ken Burns and Lynn Novick.

Ken Burns doesn't shy away from big questions in American culture, and in Hemingway he and Lynn Novick answer one of the biggest: Who was Ernest Hemingway?  This three-part, six-hour docuseries paints Hemingway as a human, looking past his "man's man" myth to find out what really made him a great - and flawed - American writer.

Hemingway weaves biography with literature, exploring how Hemingway's experiences guided his pen. Iconic works like The Old Man and the Sea and For Whom the Bell Tolls provide windows through which Burns and Novick look to untangle the contradictions that defined Hemmingway. An all-star cast brings the story to life, with Jeff Daniels voicing Hemingway and Meryl Streep voicing his first wife, just to name a few.

Hemingway's meteoric rise and catastrophic fall are shown like never before thanks to new access to his personal manuscripts, correspondences, and photographs. Burns and Novick ensure that Hemingway isn't stuck in the past thanks to interviews with John McCain and other influential figures, pressing questions about art and ethics, and a timeless story that still has something to teach.