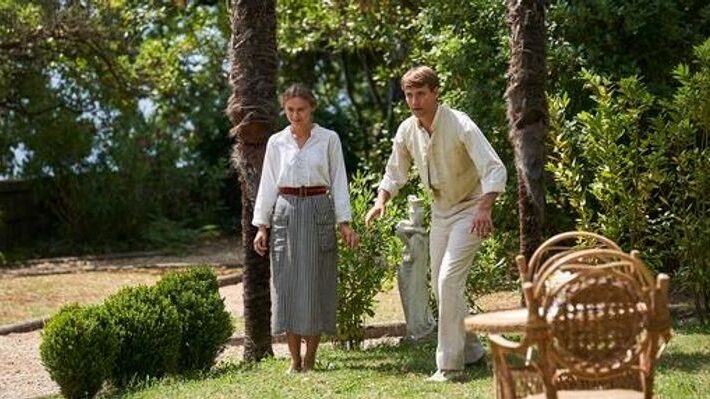 The missing heirloom case is cracked open with new revelations, but more questions arise that aren't so easily answered.

Hotel Portofino - Denouements - The missing family heirloom is discovered, but one mystery replaces another as Cecil makes a surprising discovery about Danioni. Meanwhile, Lucian is forced to face his feelings for Rose. Tune in to to the gripping conclusion of Season 1, or watch it now on Passport.

Catch Up On Previous Episodes

Rose and her mother arrive at the hotel to evaluate a prospective marriage with Lucian, the war veteran son of the hotel's proprietors. Lucian's mother, Bella, finds herself vulnerable to extortion from a local politician.

Cecil arranges for a family heirloom to be sent from England for authentication. Bella is horrified when he also invites her blackmailer, Signor Danioni, for tea. Lucian gives Rose a painting lesson on the beach with an unfortunate outcome.

Lucian and his friend, Nish, run into trouble with Danioni's Blackshirts. Constance is encouraged to make more of her appearance by the hotel's most worldly guest, Claudine Pascal, while Bella throws a tea party for the locals.

Nish has an epiphany as he and Lucian escape arrest at Danioni's behest. Constance catches Lucian's eye on a boat trip but sees more than she bargained for in return. Bella stands up to Danioni, who hands over a compromising letter to her husband.

The police search for the missing heirloom, and suspicion falls on an absent guest and the bellhop, Billy, who has also hidden political pamphlets at Nish's behest. The search culminates in a confrontation between Cecil and Jack.