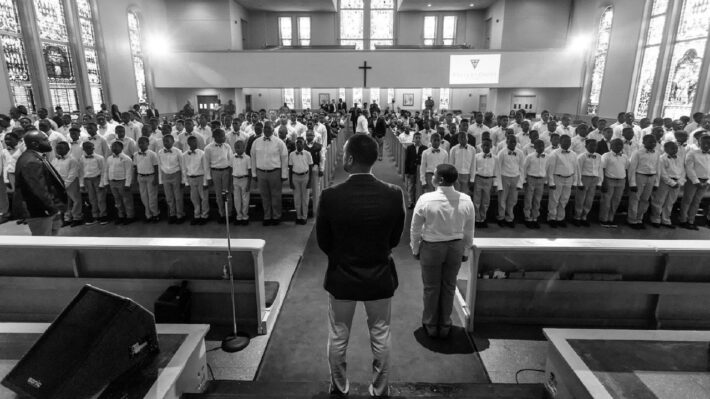 The Fruit of Mentorship

A documentary by independent filmmakers Ricardo Bates and Anthony Brock spells out plight of young black men in today’s society and the substantial role adult mentors can play in these children’s futures. FRUIT: It Takes a Village to Save Lives, explores the necessity of providing positive guidance and opportunity to re-imagine success for black youth.

FRUIT examines the story of Valiant Cross Academy Middle School in Montgomery, Ala., co-founded by Anthony Brock with his brother, former NFL player Fred Brock, in 2015. With​ two​ campuses in the heart of downtown​,​ this fully accredited private school puts a strong focus on developing character through rigorous academic lessons, discipline and leadership training for its middle and high school-aged students.

Brock, who has been a teacher, coach, assistant principal and principal, has won a number of awards and also helped establish the Brother2Brother and Sister2Sister mentoring programs. He makes a passionate case for adult men to become mentors, stressing that through mentorship you can change the course of a child’s life. Letters from his former students, his “fruit” as Brock calls them, demonstrate the large number whom he has influenced himself. The letters formed the basis for his book Fruit on which the documentary is based.

While the film focuses on Brock and Valiant Cross Academy, it also profiles other programs in Montgomery that seek to have a positive impact on the city’s at-risk youth.  Bates and Brock say they hope the film will help amplify the conversation about mentoring and create new opportunities for positive change.