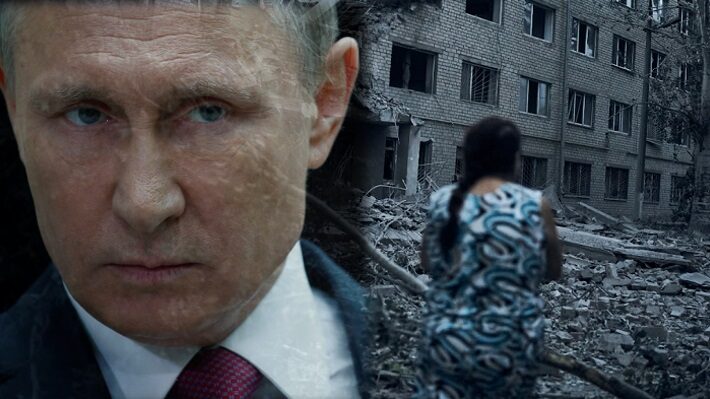 First-hand accounts from inside Ukraine reveal a pattern of Russian atrocities. Can Russia be held to account?

From award-winning director Tom Jennings, producer Annie Wong, Associated Press investigative reporter Erika Kinetz and colleagues at the AP, this new film is part of a major reporting effort investigating the evidence of Russian war crimes in Ukraine and the ongoing pursuit of justice. The film draws on first-hand reporting inside Ukraine since the earliest days of the war, as well as on a multi-platform journalism initiative called “War Crimes Watch Ukraine” that has been gathering, verifying, and comprehensively cataloging potential war crimes. Against the backdrop of the Ukraine war, the film traces a pattern of Russian atrocities across previous conflicts and exposes the challenges of trying to hold Russia to account.

A dramatic and intimate look inside the Russian assault on Kharkiv. FRONTLINE follows displaced families trying to survive underground, civilians caught in the fight and first responders risking their lives amid the shelling of Ukraine’s second largest city.