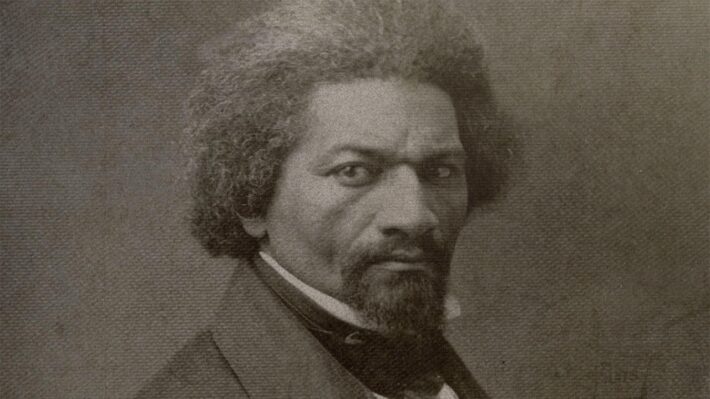 Discover how a man born into slavery became one of the most influential voices for democracy in American history.

BECOMING FREDERICK DOUGLASS , a new documentary by Oscar-nominated filmmaker Stanley Nelson and Nicole London, explores the inspiring story of how a man born into slavery transformed himself into one of the most prominent statesmen and influential voices for democracy in American history. Using his writings, images and words to follow his rise to prominence against all odds, the film is rooted in the singular truth of Douglass’s life: his insistence on controlling his own narrative and his lifelong determined pursuit of the right to freedom and complete equality for African Americans.  Acclaimed actor Wendell Pierce provides the voice of Frederick Douglass.

“Given that Frederick Douglass was one of the most prolific and powerful orators of his time, we were interested in exploring how he created and controlled his image, and ultimately how he used it to shift public opinion around abolition,” Nelson said. “It was such a gift to have the inimitable Wendell Pierce provide the voice of Douglass to bring his words to life. Wendell’s dynamic performance, coupled with the many stunning photographs taken throughout Douglass’s lifetime, show how Douglass evolved to become one of the most influential and enduring social justice activists in American history.”

Born in 1818 in Maryland, Frederick Douglass escaped from slavery in 1838 and went on to become many things: abolitionist, autobiographer, essayist, diplomat, orator, editor, philosopher, political theorist, newspaper publisher and social reformer. And considering his trajectory — from enslaved to elder statesman — he was arguably the most accomplished man of his time.

For decades, Douglass was the most famous Black person in the world. More Americans heard him speak than any other contemporary, with the possible exception of Mark Twain. His lectures and speeches were so eloquent and persuasive that some called him a fraud, finding it difficult to believe he had ever been enslaved. To prove his claims, Douglass wrote his first autobiography, Narrative of the Life of Frederick Douglass, An American Slave. Published in 1845, it made its author a celebrity. But fame brought with it the threat of capture, so Douglass embarked on a lecture tour throughout the United Kingdom in 1845. His devoted English supporters warmly welcomed him, ultimately negotiating and purchasing his freedom in 1846. Douglass was able to return to the United States a free man.

In addition to mastering oratory, Douglass understood the incredible power of the new medium of photography and how it could be used for political and social reform. The most photographed American man of the 19th century, Douglass was fully in command of his image, presenting himself as self-possessed, dignified and masterful, often gazing directly into the camera.

Additional information and resources about BECOMING FREDERICK DOUGLASS and a companion film, HARRIET TUBMAN: VISIONS OF FREEDOM, are available at tubmandouglassfilms.com.