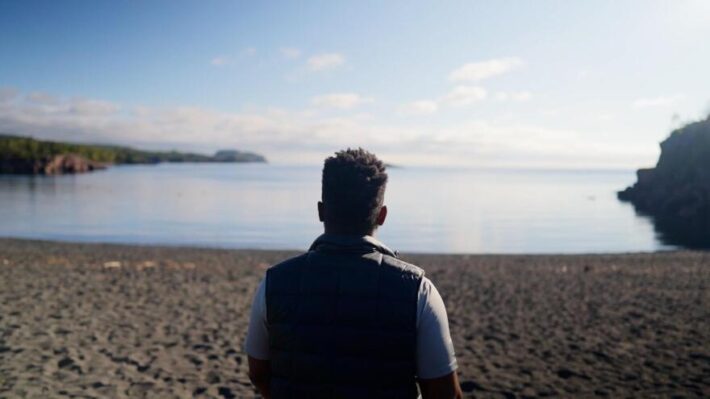 AMERICA OUTDOORS WITH BARATUNDE THURSTON heads into its fourth episode filled with stories of natural wonder and human ingenuity.

The New York Times bestselling author and podcaster has visited the scorching sands of Death Valley, the wilds of the Idaho frontier, and the concrete jungle of Los Angeles to learn how Americans are staying in touch with nature. Baratunde asks what a Shoshone elder, ultra-marathoner, urban kayaker, and resettled refugee have in common, with the answer becoming clear as he explores the natural world that binds the United States together.

Episode 4, Appalachia: A Different Way, airs July 26 at 8pm. Find out how coal miners have taken to beekeeping, how hikers break records, and how activists are making nature accessible to everyone.

Catch up on previous episodes

It’s the hottest place on Earth, but Death Valley is remarkably full of life. Baratunde Thurston seeks out the extremes of this national park and finds an outdoor mecca for those who embrace its heat, isolation, and natural beauty. Meet an ultra-marathoner who runs in the brutal heat of summer and an elder of the Timbisha Shoshone tribe, who helps us see that this is a place where life blooms.

Idaho: Tied to the Land - Episode 2

Life on the American frontier is evolving. To find out how, and what it means, Baratunde Thurston ventures into the wilds of Idaho in search of its outdoor culture. He finds ranchers and backcountry pilots sharing the wilderness with newly resettled refugees, and sees how climate change is playing havoc with the age-old salmon fishery.

Baratunde explores his adopted hometown of Los Angeles to learn how Angelinos connect with the outdoors in their sprawling city. From kayakers saving a polluted river to urban gardens nourishing a community, and Black surfers claiming their place on the waves - even as climate change brings on the sharks - preserving access to outdoor LA is something worth fighting for.

How Do You Make the Outdoors More Accessible? - Extra

Baratunde meets the people driving a revolution in how we see and interact with nature, from a record-breaking hiker, to a 21st century forager to former coal miners working with bees and advocates working to make the outdoors accessible to everyone.