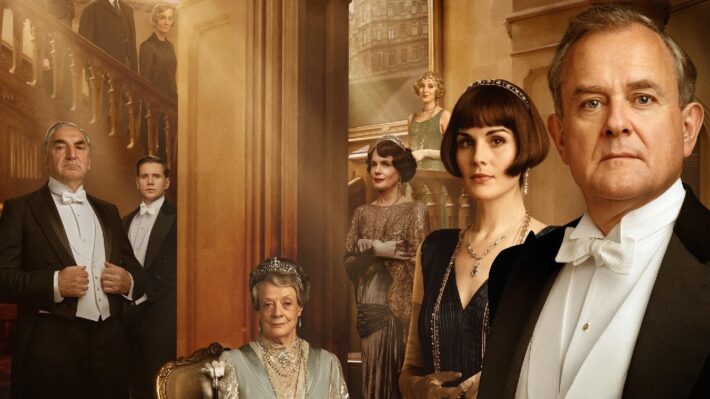 Curl up by the fire with the Crawley family on December 25th as the original Downton Abbey Movie returns home to MASTERPIECE!

This Christmas, the Crawleys are returning home—to MASTERPIECE. The first Downton Abbey movie, based on the mega-hit television series that won 15 Primetime Emmys® and earned 69 Emmy® nominations and set viewing records for a PBS drama, will air on MASTERPIECE on Christmas Day, December 25, 2021, 6-8 pm on APT.

Billed as a grand motion picture event when it opened in theaters in 2019, the Downton Abbey movie follows the beloved Crawley family and their intrepid staff as they prepare for the most important moment of their lives: a royal visit from the King and Queen of England. The  momentous occasion will unleash scandal, romance and intrigue that will leave the future of Downton hanging in the balance.

Starring the original ensemble cast, the Downton Abbey movie was the highest-grossing domestic film in Focus Features’ history. Written by series creator Julian Fellowes, who produced alongside Gareth Neame and Liz Trubridge, the movie was lauded by press as “an immensely satisfying reunion” (Collider) and “devilishly difficult to resist” (Los Angeles Times).

We know everyone won't be able to join us Christmas night, so encore broadcasts are scheduled for Sunday, Dec. 26 at 9:30pm, Saturday, Jan. 1 at 8:30pm and again on Sunday, January 2, 2022, at 5:00pm leading into premiere of Around the World in 80 Days on Masterpiece, starring David Tennant.