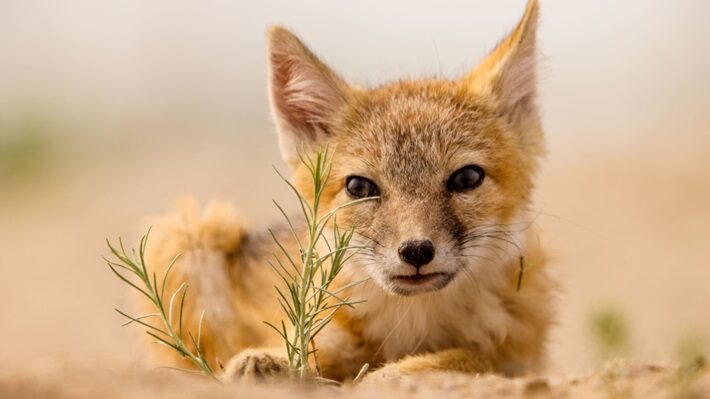 Dogs in the Wild

NATURE travels the glove uncovering the secrets of the most successful carnivores on the planet in three-part miniseries.

One family, 37 different faces. From the recognizable and familiar like foxes, wolves, African wild dogs and coyotes to the lesser-known ones like the Japanese raccoon dog, fennec fox, dholes and dingoes, canids have conquered every continent except Antarctica. Get to know these adaptable creatures in the three-part Dogs in the Wild, A Nature Miniseries, premiering Wednesday, February 8 on Alabama Public Television, livestreaming at aptv.org/watch and the PBS App.

This ambitious miniseries travels the globe revealing the secrets of the most successful carnivore on the planet: the canid. From the frozen lands of the north to the searing heat of the Sahara, uncover their social side, their complex communication skills, their tight family units and their sensitive natures. From wild, unexplored landscapes to the heart of the modern world, meet dogs that talk, foxes that climb, and acrobatic jackals that fly high to catch prey.

Advances in wildlife filmmaking technology allowed the crews to capture intimate moments of wild dog behavior, including Arctic foxes in below freezing temperatures and endangered Ethiopian wolves raising their pups. In India, dholes coordinate an attack on deer, while dingoes in Australia stumble upon a dugong carcass for a meal. A crew in the Sahara Desert also captures the smallest wild canid, the fennec fox, as it hunts at night.

"Domestic dogs are among the most beloved animals, but most people don’t know much about their wild cousins,” said Fred Kaufman, executive producer of Nature. “This miniseries showcases how wild canids are just as interesting and adaptable, and I hope people come away with a new appreciation of all dog species.”

Episode 1, “Meet the Family,” premieres Wednesday, February 8 at 7 on APT, pbs.org/nature and the PBS Video app.

Meet the many species of canids, the family of wild dogs. They are the most widespread carnivores on the planet. The formidable Arctic wolf can travel great distances across the tundra, while in Southern India, dholes have 11 distinct calls to stand out from the pack. Tiny fennec foxes in the Sahara Desert hunt small game at night, and the long-legged maned wolf chows down on fruit in South America.

Episode 2, “Secrets of Success,” premieres Wednesday, February 15 at 7 on APT, pbs.org/nature and the PBS Video app.

How do wild dogs survive and thrive in the wild? Discover the secrets to their success, from black-backed jackals that leap skywards to catch prey to agile gray foxes that climb high into the trees. African wild dogs vote on a hunt by sneezing while swift foxes find dens in the Wyoming prairie to hide from predators. Japanese raccoon dogs in populous Tokyo find refuge in quiet shrines.

Join scientists and researchers across the globe as they go to extraordinary lengths to understand wild dogs. See the groundbreaking discoveries that are crucial to saving this incredible animal family, such as the vets treating captive African wild dogs suffering from “broken heart syndrome.” The Japanese wolf is thought to be extinct, but new evidence may suggest otherwise. In the Sahara Desert, people are working to save the world’s smallest canid, the fennec fox, from further endangerment by the tourist trade.