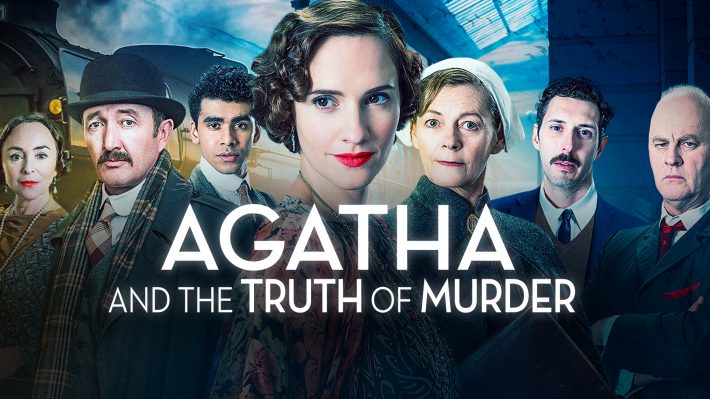 Was the famed mystery writer a sleuth herself? Two great dramas imagine the possibilities.

Agatha Christie was the most popular mystery writer of all time. Surpassed only by the Bible and Shakespeare, Agatha Christie's works have sold more than two billion copies. And her great characters Miss Marple and Hercule Poirot have been hugely popular in television series by MASTERPIECE over the years. This summer, we're celebrating the 100th anniversary of Christie's first novel with "alternative history" dramas in which the author herself is the main character, and possibly as good a sleuth in life as those she later created on paper.

"Agatha and the Truth of Murder," written by Tom Dalton, explores how crime writer Agatha Christie became embroiled in a real-life murder case during her 11-day disappearance in 1926. The film depicts Christie investigating the murder of Florence Nightingale's goddaughter and how her involvement in the case influenced her subsequent writing. The plot uses elements of classic detective novels and contains references to Christie's books, such as The Man in the Brown Suit, which appeared as a headline in a newspaper clipping. The murder of Florence Nightingale Shore and the character of Mabel Rogers are based on real people and events. The film premiered on Channel 5 in the United Kingdom in December 2018, becoming the network's most popular holiday program and the second-highest rated fictional program of the year.

A second film by Tom Dalton and his wife Emily, "Agatha and the Curse of Ishtar," begins in the late 1920s as author Agatha Christie, bruised from her divorce, travels to the deserts of Iraq for an archaeological dig. There she unravels a series of mysterious murders. Looking for escape and inspiration for a new career, Christie (Lyndsey Marshal) began writing romantic fiction instead of the detective novels that had made her a celebrity. Jonah Hauer-King (World on Fire) portrays Max Mallowan, a handsome archaeologist determined to win Agatha's affection despite a 14-year age gap.  The film was shot on location in Malta.