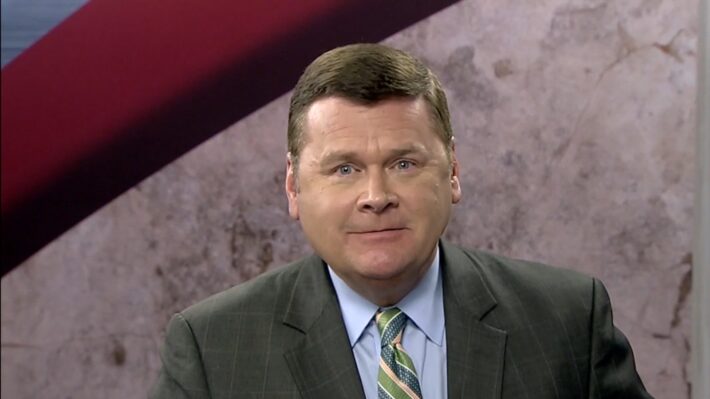 Veteran radio and television journalist Don Dailey is retiring after 40 years on the air in Alabama.

Don Dailey, host and executive producer for Alabama Public Television’s CAPITOL JOURNAL since December 2011, will be retiring at the end of the year. His final broadcast will be Friday, December 17.

"For the last decade, it has been a high point of my career to bring Alabamians important news from the Statehouse and the Capitol,” Dailey says. “It has also been an honor and a privilege to interview leaders from all aspects of state government. I am so very thankful for the opportunities that have been afforded to me by Alabama Public Television and I look forward to the next chapter of my life."

Before joining APT, Dailey worked for some 25 years in radio news in Birmingham and in the Wiregrass. Dailey actually started work in a small radio station in Demopolis while in high school and worked at various stations in Monroeville, Troy and Montgomery throughout his college years.

“I’ve literally been on the air somewhere in Alabama for 40 years,” Dailey says.

Phil Hutcheson, interim executive director for APT, said “Don has been a tremendous asset to Alabama Public Television and to the people of our state. We’re grateful for his years of service and we wish him all the best in whatever he decides to do next.”

Todd Stacy will take over as host of CAPITOL JOURNAL for the 2022 Legislative Session.  Stacy, a Montgomery resident, has an extensive background in political communications and is currently the publisher of the Alabama Daily News.

CAPITOL JOURNAL coverage of the 2022 Alabama Legislative Session begins January 10 with nightly reports Monday-Thursday at 10:30pm and Fridays at 7:30pm. See special coverage of the Governor’s State of the State Address on Tuesday, Jan. 11 beginning at 6:00pm.