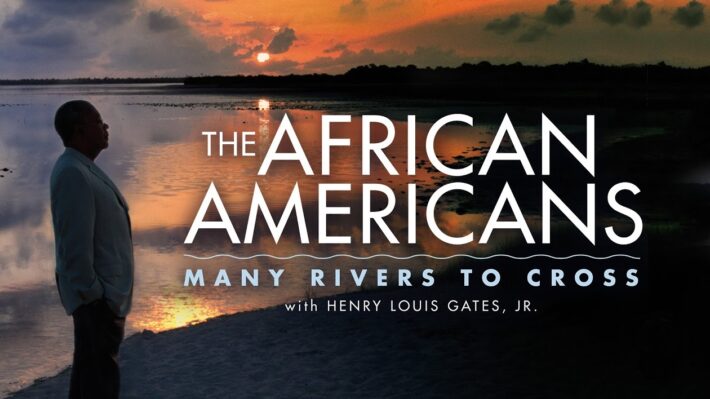 Today from 11am - 7pm, Henry Louis Gates, Jr. chronicles the full sweep of African American history, from the origins of slavery on the African continent through more than four centuries of remarkable historic events up to the present.

Presented and written by Harvard scholar and popular PBS host Henry Louis Gates, Jr., The African Americans: Many Rivers to Cross draws on some of America’s top historians and heretofore untapped primary sources, guiding viewers on an engaging journey across two continents to shed new light on the experience of being African American. Among those interviewed are Kathleen Cleaver, Charlayne Hunter-Gault, Congressman John Lewis, civil rights activist Diane Nash and more.

The Black Atlantic (1500-1800)
Saturday 11:00am
The Black Atlantic explores the earliest Africans, both slave and free, who arrived in the New World. Through stories of individuals caught in the transatlantic slave trade, we trace the emergence of plantation slavery in the American South. The episode also looks at what that Era of Revolutions — American, French and Haitian — would mean for African Americans and for slavery in America.

The Age of Slavery (1800-1860)
Saturday 12:10pm
The Age of Slavery illustrates how black lives changed in the aftermath of the American Revolution. For free black people in places like Philadelphia, these years were a time of tremendous opportunity. But for most African Americans, this era represented a new nadir. King Cotton fueled the rapid expansion of slavery into new territories, forcibly relocating African Americans into the Deep South.

Making a Way Out of No Way (1897-1940)
Saturday 2:40pm
During the Jim Crow era, African Americans struggled to build their own worlds within the confines of segregation. At the turn of the 20th century, a steady stream of African Americans migrated away from the South, fleeing racial violence and searching for better opportunities in the North and the West.

A More Perfect Union (1968-2013)
Saturday 5:30pm
After 1968, African Americans set out to build a bright future on the foundation of the civil rights movement’s victories, but a growing class disparity threatened to split the black community. As African Americans won political office across the country and the black middle class made progress, larger economic and political forces isolated the black urban poor.