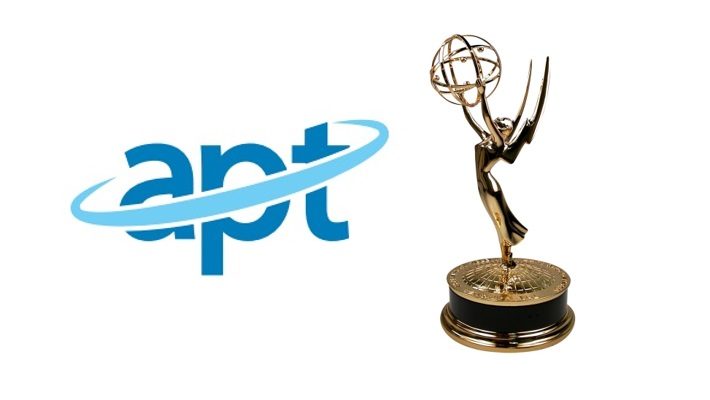 The 2021 Southeast Region Emmy Awards were announced on Saturday, June 19 and Alabama Public Television received two awards, including a trophy for Overall Excellence, recognizing the vital services APT provided to families, schools, businesses and individuals across Alabama during a year of pandemic.

In the Overall Excellence Emmy, the National Academy of Television Arts and Sciences Southeast (NATAS) recognized the work of the entire staff at APT in responding to the pandemic. When Alabama Schools were forced to close in March 2020, APT pivoted immediately to offer educational programs for grades K-12 in daytime blocks for students to watch from home. APT created a new website where families could find schedules and correlated learning resources. APT staff members put other work aside to quickly curate libraries of digital resources covering “critical” skills for every grade. APT provided local, national and international news and information on the pandemic throughout the year, including weekly reports from Alabama’s State Health Officer. APT presented special programs on pandemic-related resources for businesses. APT reported significant information about COVID on its website, drawing from local and national reporting to provide up-to-date information on the disease as it was discovered.

“I have been so proud of our team throughout this challenging time,” said APT’s interim executive director, Phil Hutcheson. “They have worked so hard to help students, teachers and parents through changing routines, and continued vital services that APT is uniquely able to provide. This Emmy Award recognizes that.

In addition to the Overall Excellence Award, APT received the 2021 Southeast Emmy Award for Excellence in Informational/Instructional for They Dared!, Claudette Colvin, part of a series of short-form documentaries produced for the anniversary of the 19th amendment and telling the stories of courageous women.

The Emmy Awards come a few weeks after APT won 10 2021 National Telly Awards. The Telly Awards annually showcases the best work created within television and across video, for all screens. Telly Award winners represent work from some of the most respected advertising agencies, television stations, production companies and publishers from around the world. APT received four awards for an interactive, online event on the road to women’s rights, four for episodes of the They Dared series, and two others.