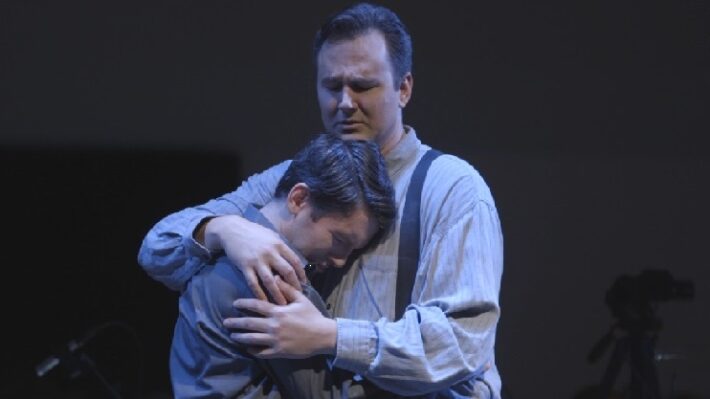 "Let Us Now Praise Famous Men," an original opera by Joseph Landers created for Alabama's Bicentennial and based on the James Agee classic, premieres Sunday on APT.

Let Us Now Praise Famous Men, an original opera by Alabama composer Joseph Landers based on the classic book by James Agee, was received with acclaim at its October 2019 debut performance as part of the Alabama Bicentennial Celebration. Performed by the University of Alabama Opera Theater in collaboration with the Tuscaloosa Symphony Orchestra at the Moody Concert Hall on the UA campus, Let Us Now Praise Famous Men will be broadcast statewide on Sunday, Sept. 20 at 2:00pm on Alabama Public Television.

The story of impoverished tenant farmers struggling to survive in Depression-era Alabama, Let Us Now Praise Famous Men is nevertheless a story of hope. The characters face loss and tragedy, but they are not defeated. Landers said he created the opera to celebrate the strength of these common working people and their families through cycles of success and hardship, never losing their dignity.

James Agee visited Alabama with photographer Walker Evans in 1936 to chronicle the stories of rural families during the Depression and collected the notes and photographs that would become their book, which was published in 1941.  The three families at the center of the book lived in Moundville, Tuscaloosa and Greensboro, but Agee gave pseudonyms to both the people and the places.

“We can’t wait to share this production with everyone in Alabama,” said APT interim executive director Phil Hutcheson. “It’s an amazing story about Alabama, created here in Alabama, and featuring beautiful performances. We especially want to thank the Alabama Bicentennial Commission for helping to make it possible, and the Agee estate for permitting this broadcast.”

Alabama Public Television is committed to enriching the lives of Alabama citizens and is made possible through the support of the State of Alabama and viewers like you. © 2020 All Rights Reserved.