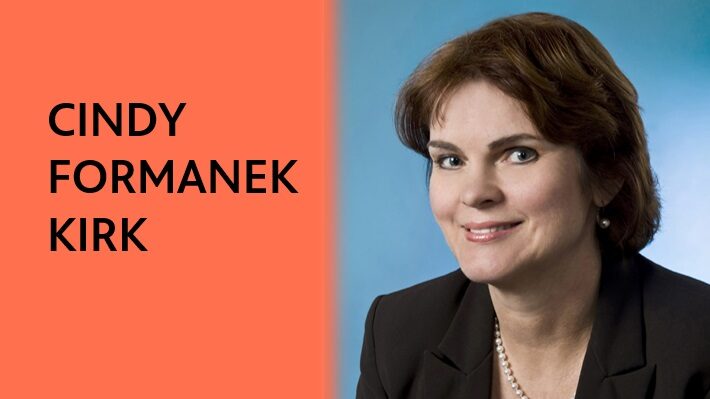 The head of APT's award-winning education department is retiring after twelve years of innovations, serving schools during challenging times.

Cindy Formanek Kirk, Ph.D., Vice President of Educational Services at Alabama Public Television (APT) for more than twelve years, is retiring from the network on May 31, 2022.

For more than a decade, Kirk oversaw APT’s largest department, including Early Childhood initiatives; online services for teachers, parents, and students, including the production of national award-winning learning adventures; and all of APT’s statewide educational outreach activities. She is immediate Past Chair of the National Educational Telecommunications Association (NETA) Education Peer Learning Community and is very involved in community leadership positions, currently serving as co-chair of The World Games 2022 Education Committee, and served on the YMCA of Greater Birmingham Board of Directors.

When the COVID pandemic shut down Alabama schools in 2020, Kirk served on the Alabama State Superintendent's Extended Learning Access (SEAL) Task Force and oversaw a rapid response by APT’s Education team to build a new website and organize learning resources for students learning at home.

Kirk was also instrumental in securing five major grants from CPB during her tenure at APT, including three for American Graduate initiatives supporting high school graduation and career development, and two for Ready to Learn projects supporting early childhood education.

“Cindy has led tremendous advancements in APT’s services to teachers, parents and students during the past twelve and a half years and helped Alabama receive national recognition for leadership and innovation in education,” said interim executive director Phil Hutcheson. “The list of national awards APT has received for our virtual learning adventures and other educational initiatives reflects the leading role Alabama continues to play in education programming and technology.”

Prior to coming to APT Kirk spent 32 years in education, 28 of those in higher education overseeing credit and non-credit continuing education programs for adult learners. She holds a Ph.D. in Early Childhood Education and Development from the University of Alabama in Birmingham.