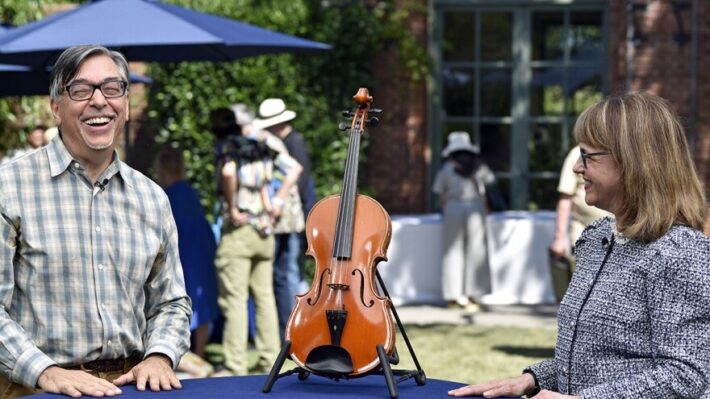 ANTIQUES ROADSHOW returns with an allnew season showcasing bustling appraisal events from across the country that capture the serendipitous and jaw-dropping ROADSHOW moments fans crave! Season 27 of the PBS pop-culture phenomenon premieres Monday, January 2, 2023, hitting a high note with a $200,000-$330,000 musical instrument appraisal.

“After two years of pandemic filming, being back on location with our full ROADSHOW appraisal events was a dream come true,” said executive producer Marsha Bemko. “The energy and excitement on set was palpable, and the stories and treasures captured for this new season wowed us all. When the episodes premiere, I know our fans will be wowed, too!”

The season kicks off with “Filoli, Hour 1,” featuring a season-topping viola, purchased by the guest’s grandfather directly from renowned maker Ansaldo Poggi during a moment of happenstance in the 1960s. The story is “almost unheard of” according to the appraiser, who values the beautiful instrument at a whopping $200,000-$330,000!