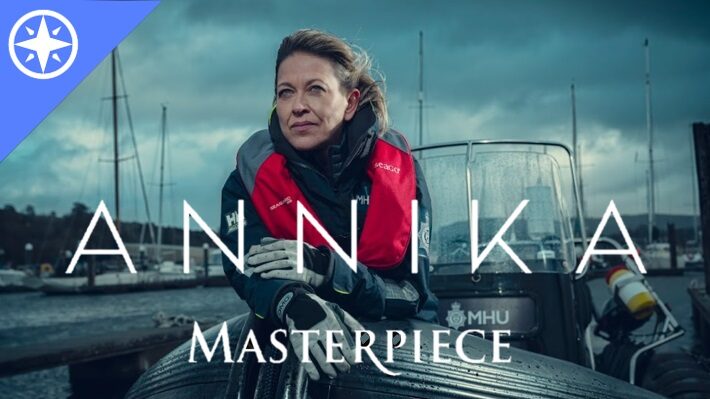 Nicola Walker stars as the dry-witted skipper of Glasgow’s Marine Homicide Unit in a new Masterpiece now available on Passport.

Set on a scenic river amid stunning Scottish lochs, Glasgow has an unusually high rate of slayings connected to water. At least, it does in MASTERPIECE’s gorgeous new crime series starring Nicola Walker (Unforgotten, Last Tango in Halifax) as DI Annika Strandhed, the speedboat-driving head of the city’s newly-formed Marine Homicide Unit. Annika’s six suspenseful episodes are now available on Passport.  The series will have a television broadcast in Fall 2022.

A police procedural with wit, Annika delighted critics during its recent UK broadcast. “The dialogue is so droll and the performances so charming I’m in for what fisherfolk call the long haul,” enthused the reviewer for The Guardian, and The Times offered this praise, “Annika allows Walker to let loose a warm sense of humor.”

MASTERPIECE Executive Producer Susanne Simpson said, “Annika is a terrifically complicated, funny, one-of-a kind character brought brilliantly to life by Nicola Walker. Fans of Unforgotten and Last Tango in Halifax have a lot to look forward to in Annika.” 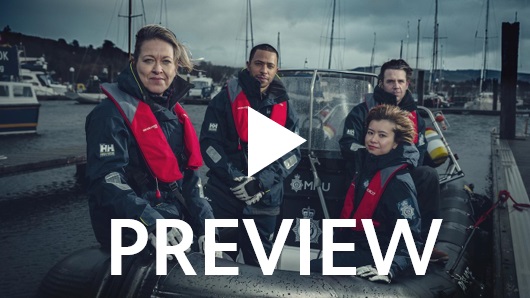 Walker is joined by Jamie Sives (Guilt) as DS Michael McAndrews, Annika’s old colleague, who resents being passed over for the DI job but performs at full throttle as her second-in-command; Katie Leung (Harry Potter) as DC Blair Ferguson, the forensic brains behind the unit; and Ukweli Roach (Grantchester) as DS Tyrone Clarke, the new cop at the station, who requested a posting with the legendary Annika. Also appearing are Silvie Furneaux (Limbo) as Morgan, Annika’s rebellious teenage daughter, and Paul McGann (Luther) as Morgan’s therapist Jake Strathearn, who develops into something of a soul mate for single mom Annika.

"Releasing a major series like this on Passport way ahead of its broadcast is a first for Masterpiece," says APT Programming and Public Information Director, Mike McKenzie. "It recognizes the vital role members play in making great drama possible."