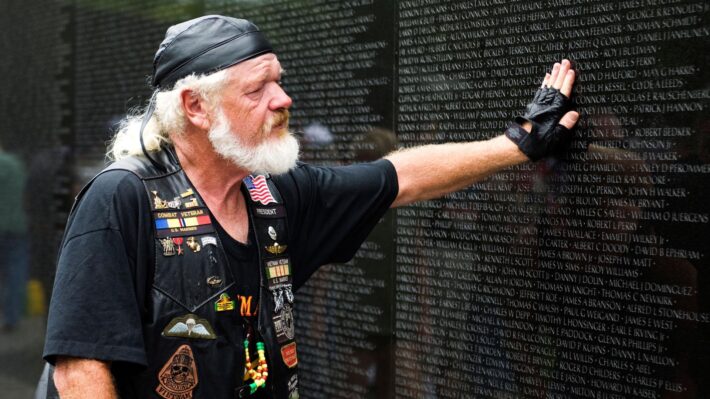 Broadcast and digital series explore the depth and breadth of the veteran experience with voices from today and the past.

From the citizen-soldiers who fought in the nation’s earliest conflicts, to the men and women in today’s all-volunteer armed forces, AMERICAN VETERAN is a rich and deeply moving story told through personal remembrances that draw civilian viewers into an unfamiliar culture. Every voice in the series, from hosts to interviewees, is that of a veteran. Their stories contribute to our evolving understanding of the relationship between Americans who have served and those who have not.

America is home to nearly 18 million military veterans, from the “Greatest Generation” to the men and women coming home from recent tours in Afghanistan and Iraq. From the beginning of the republic to the present, military service has been a transformative experience for those who have served. What is that experience, and how does it change the men and women who have joined the ranks? How have vets been perceived throughout the nation’s history?  Sometimes honored, sometimes reviled, ignored or forgotten, veterans may re-enter civilian life to encounter a population that often has little or no understanding of their experience.

The military is part of America’s founding story—an enterprise to which, as George Washington put it, every citizen owed “his personal services.” In war and in peace, what veterans have done in our nation’s name and how they have been treated is an essential part of the American story.

“In this project, American veterans from all branches of the military share their experiences and insights,” say GBH Executive Producers Elizabeth Deane and Judith Vecchione. “We hope this will connect civilian Americans with a world that many know little about—and that veterans will feel they are truly heard.”

As Vietnam War veteran Duery Felton says in the television series, “We are living history. I am primary source, I’m telling you my story.”